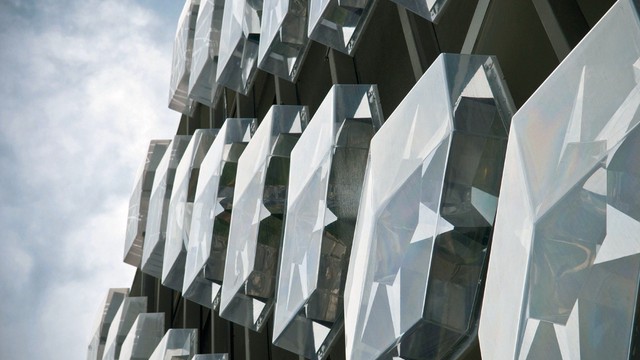 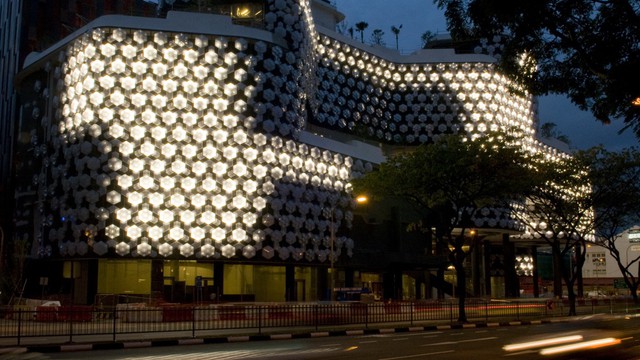 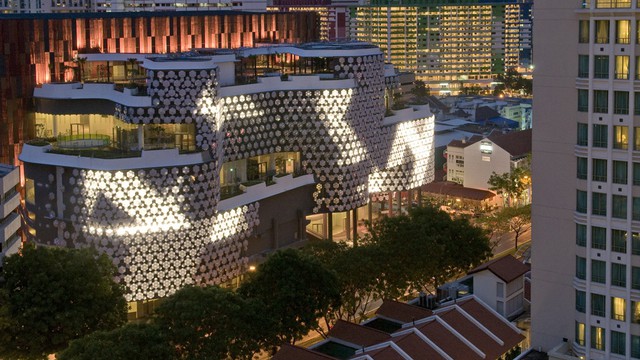 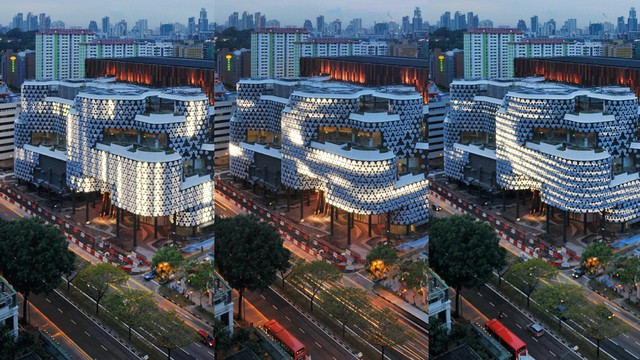 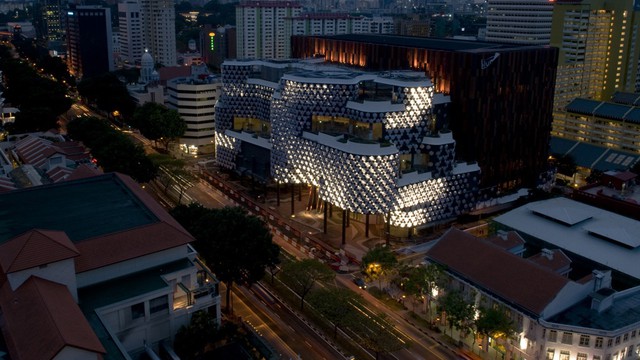 Crystal Mesh is a façade for the ILUMA building complex in Singapore. It’s a “bastard” as it combines aspects of a conventional curtain façade with those of a light installation or monitor-façade.

Façade design effective both at day and night: The concept blurs boundaries as it merges the concept of a media screen with an ornamental architectural screen filtering air and light, while blending futuristic imagery and 70’s Vegas style. Crystal Mesh consists of a tessellated pattern made of over 3,000 modules of deep-drawn polycarbonate covering a façade area of more than 5,000 m2. About 1,900 of these modules contain a regular matrix of compact fluorescent light tubes forming “active patches” within the façade. At night the light matrix superimposes the idiosyncratic physical structure of the white, crystalline daytime façade. But the irregular arrangement of these patches – dividing the façade into areas with different resolutions – does not create a large, homogeneous screen in front of the building, but instead forms a more general impression of the building’s “media-ness” as a surplus to and an essential ingredient of its architecture. A herald of an architecture which is moving from a static to a dynamic art.

Facade type and geometry (structure) : Double layer façade construction with a non-transparent inner façade and an outer façade layer that consists of a tessellated pattern made of deep-drawn polycarbonate modules; two thirds of these modules contain a regular matrix of compact fluorescent light tubes forming “active patches” within the façade.

Luminace : High; used under twilight conditions and at night

Urban situation : The building is located in the Bugis area, Singapore’s designated entertainment district, just opposite the national library; the installation faces one of the area’s busiest roads