Surrounded by impressions on all six sides 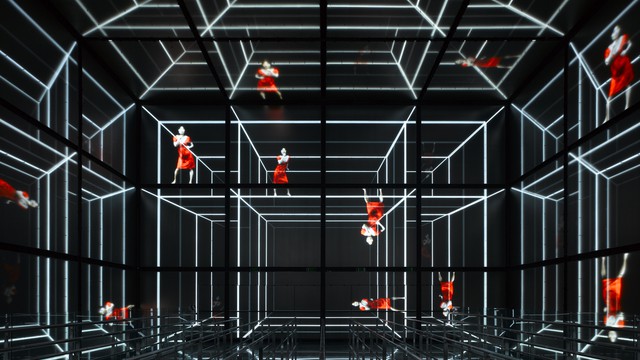 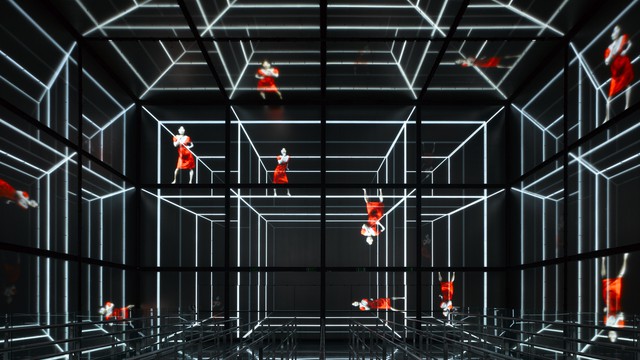 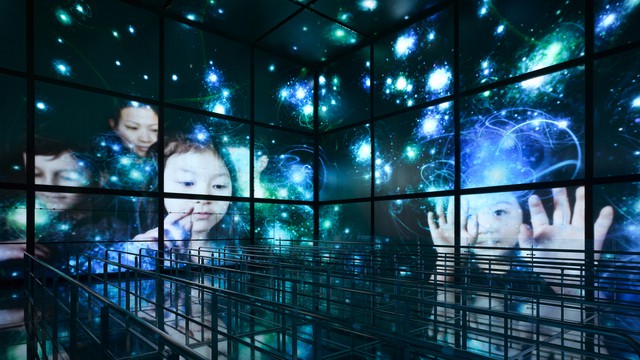 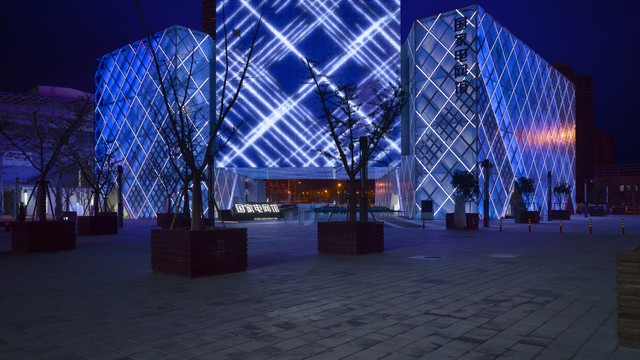 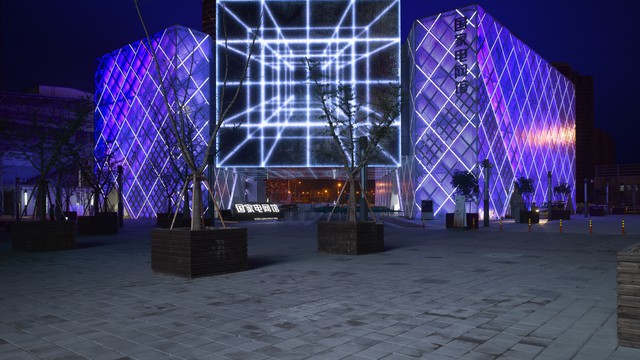 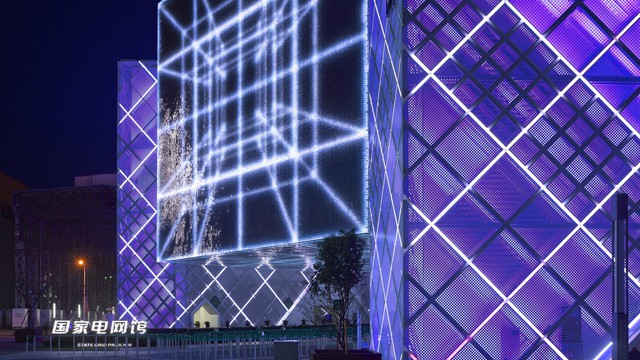 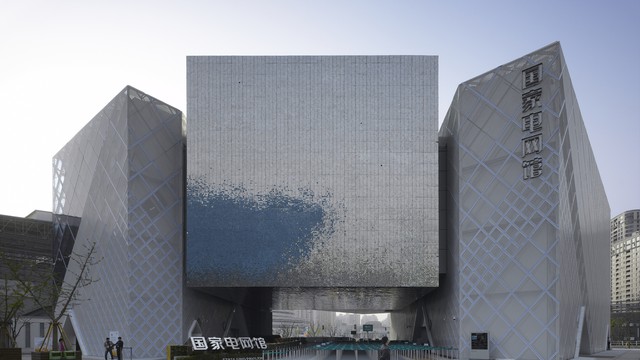 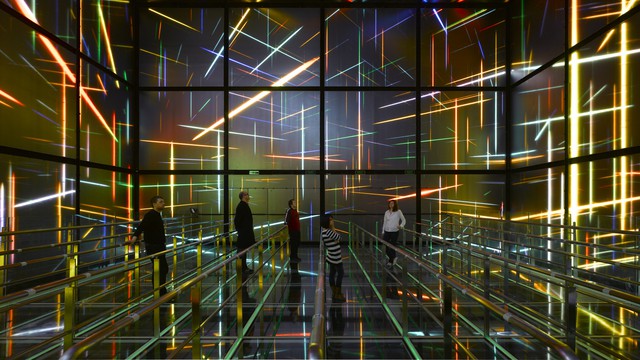 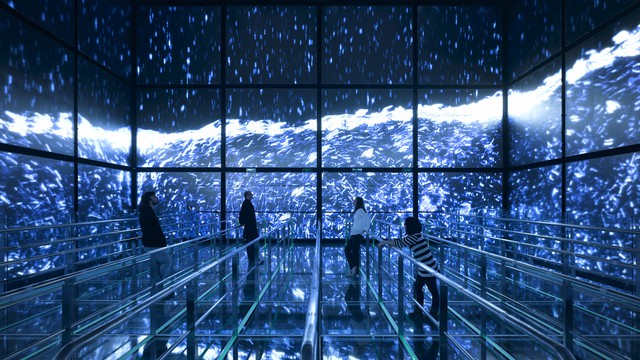 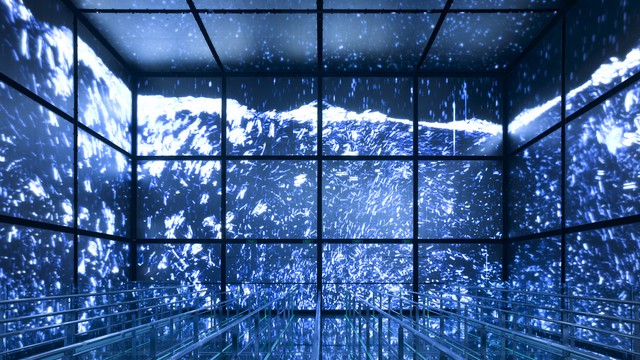 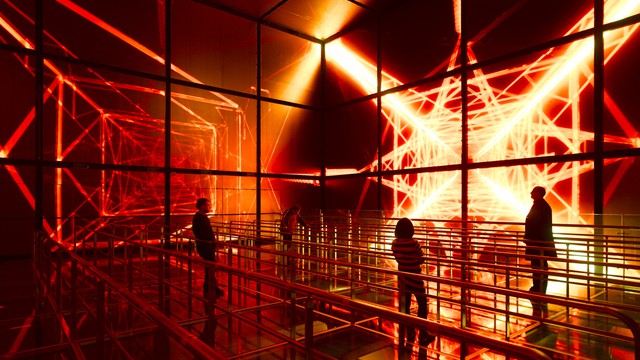 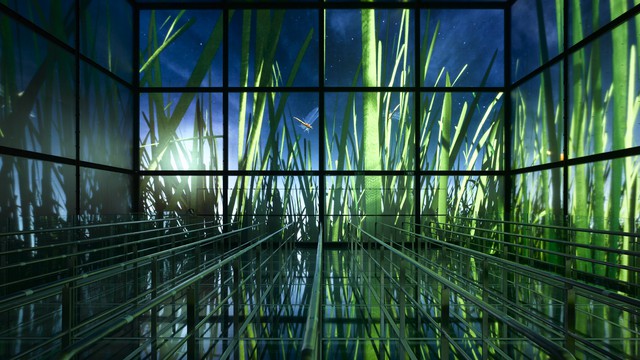 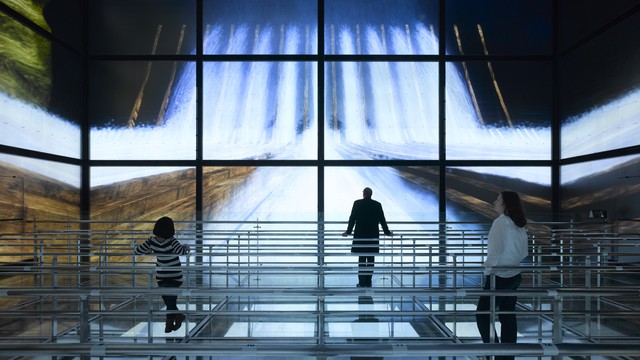 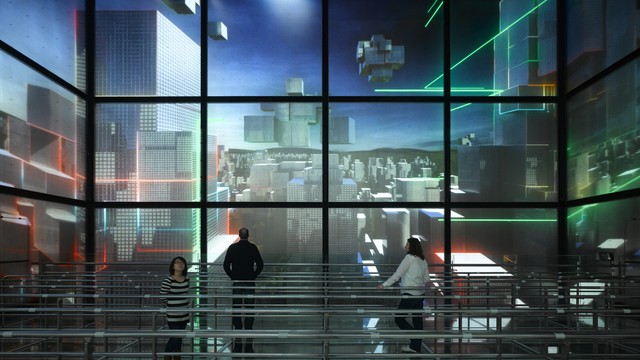 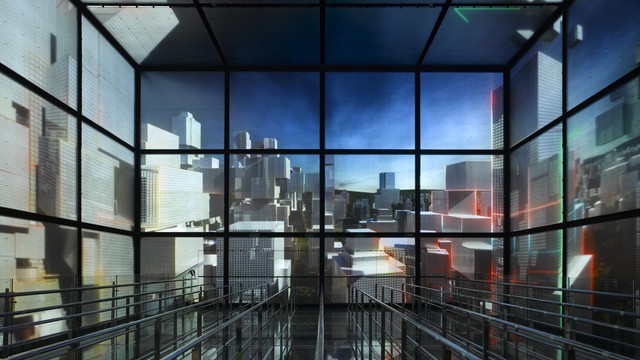 The State Grid Pavilion ensemble is breathing an altering light–choreography that is initiated by the Magic Box façade screen. The breathing light–dress underlines the energetic power of the SGCC Pavilion.

The Magic Box, a concept by ATELIER BRÜCKNER of Stuttgart, transports visitors of the Expo pavilion of the Chinese state-owned company State Grid to imaginary worlds. It is the pulsating heart of the State Grid Pavilion that clearly depicts the company’s responsibilities and visions in astounding images. Standing on a glass bridge, visitors are immersed in a spatial installation that becomes an emotionally charged experience. A tight grid of LEDs on the inner walls of the Magic Box allows a room to be contrived by light effects, enclosing visitors on six sides. They become part of a film, which transports them on a journey through time and space: from the origins of energy, by way of the transfer of energy across all of China down to the consumption of energy in the cities of the future. In striking images, the film (directed by Marc Tamschick, Berlin) conveys how the responsible use of energy ultimately leads to improvements in living conditions in cities. The all-embracing power grid, the prerequisite for targeted supply of energy, is represented in the prologue and epilogue to the film as an animated grid, revealing three-dimensionality and depth. The façades of the Magic Box too are beholden to the grid as leitmotiv. Technical impulses are emitted from the Magic Box, which is seemingly suspended in the horseshoe-shaped pavilion. Pulsating, they engulf the entire building complex and resume there in a network structure. The installation in the Magic Box becomes a pulse generator for power-charged grid lines, enclosing the entire pavilion building.