Transported by a single person 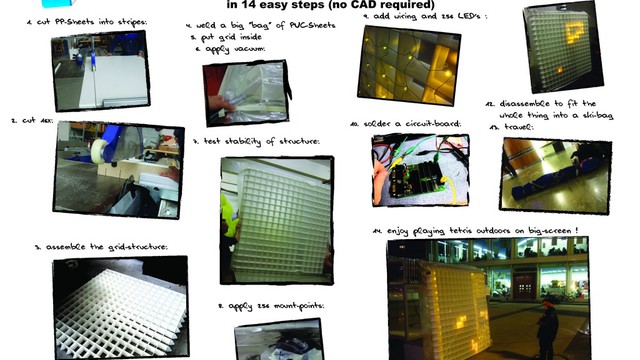 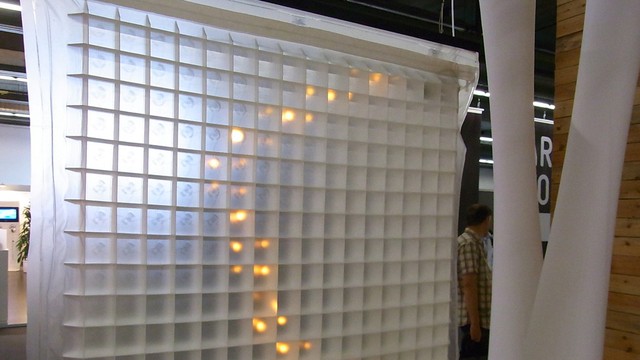 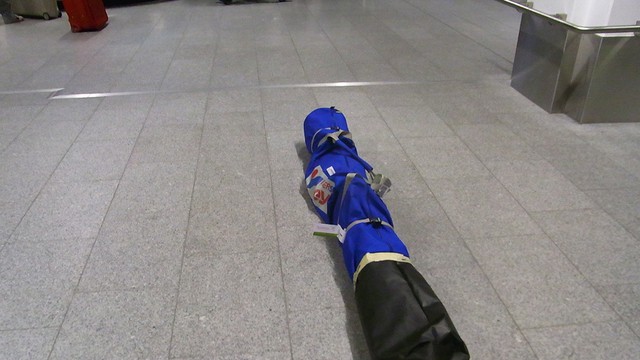 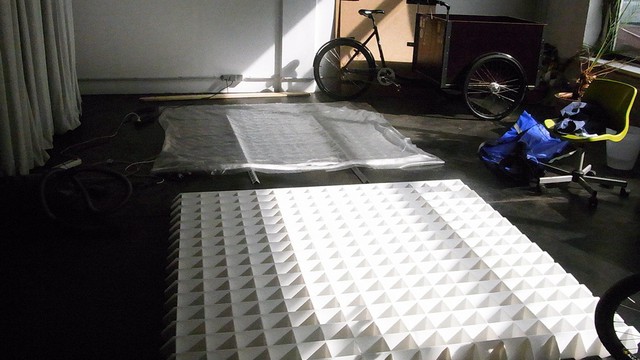 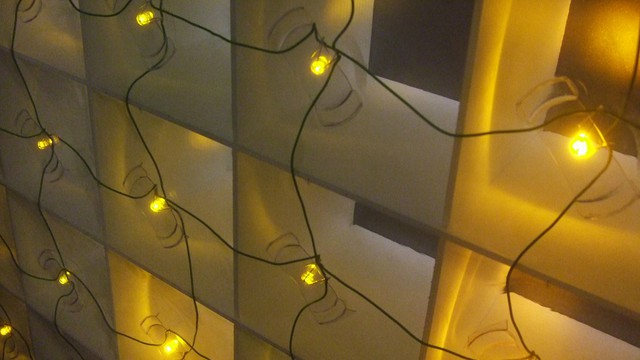 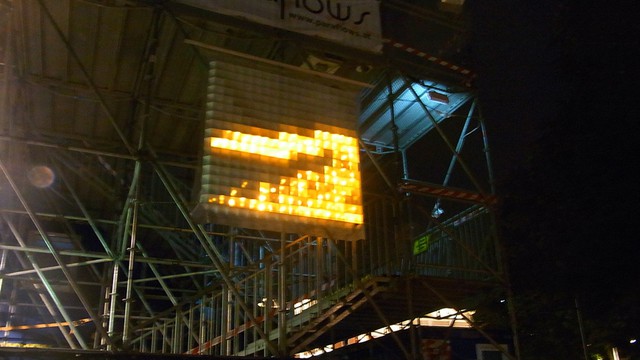 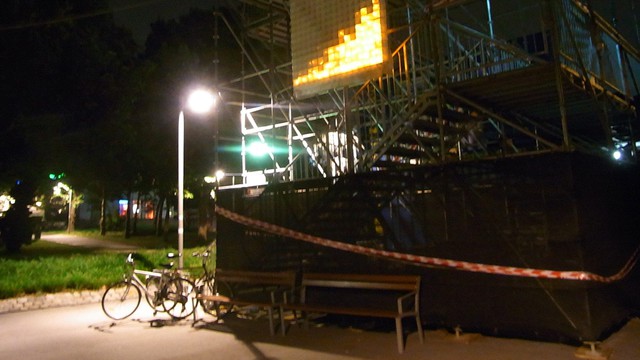 16x16 LED-Display, used for media-art-installations. It can be transported in a ski-bag and controlled via USB. Consists of a dismountable Grid within a transparent wrapper (containing the LEDs) and gets vacuumized by a vacuum-pump.

The Concept for the Portable/Deflatable LED Matrix was developed during an architecture-Summerworkshop in South of France (”experimonde.eu”) The Idea was to build a large mobile display which can still be transported by a single person. The construction is based on a PVC-foil which covers a grid, the stability of the lightweight structure is created by a vacuum (provided by a small vacuum-pump). The grid also clearly defines the dimensions of each pixel. The Controller is a “Borg16”-Board by “das-labor.org” The display can be controlled via the “blinkenlights”-protocol over USB, a screen-grabbing application allows for many datasources to be easily connected to the display.