A hotel and a race track 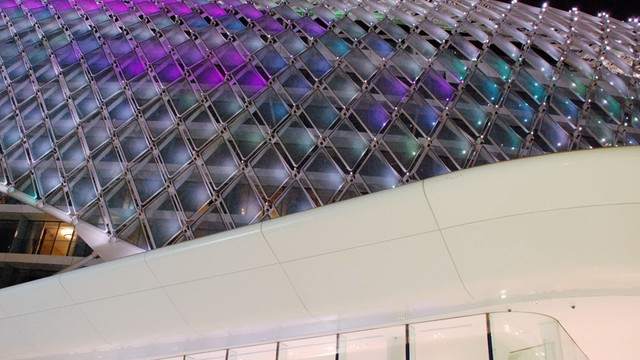 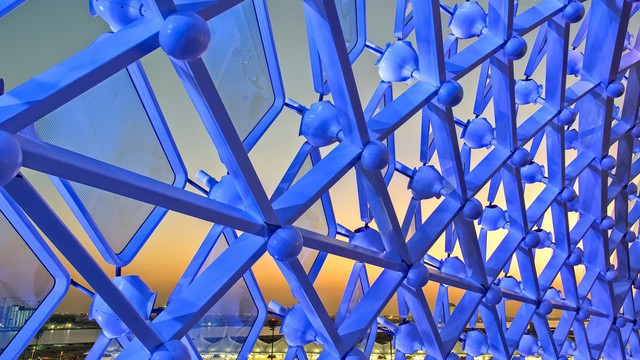 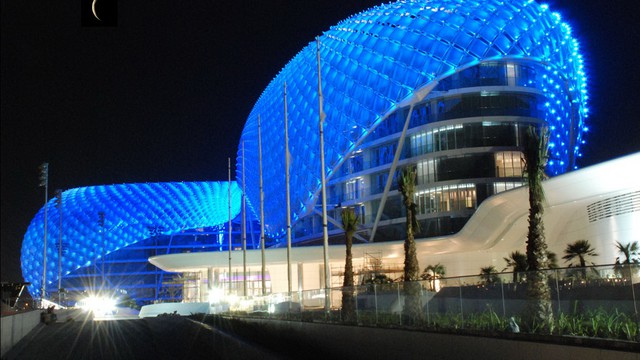 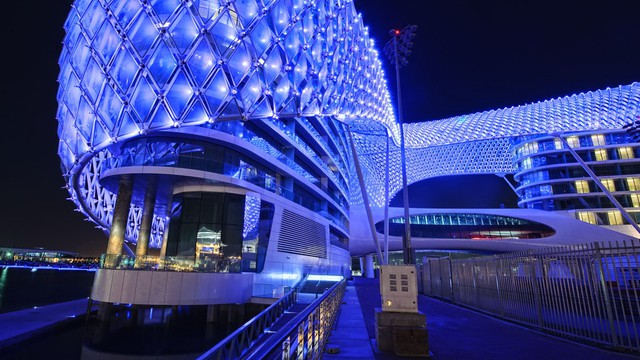 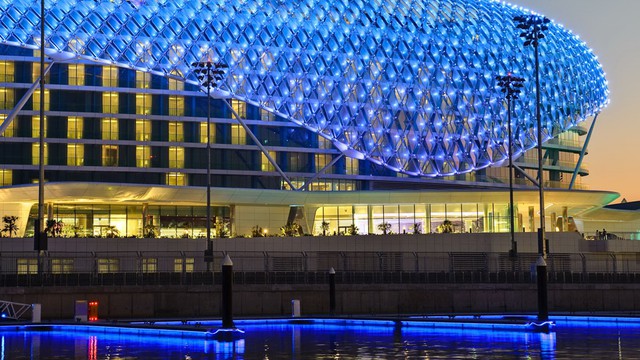 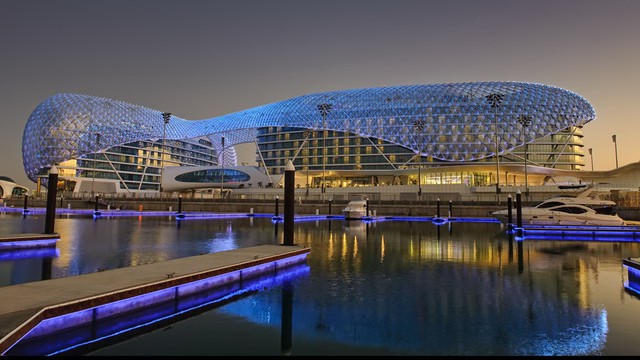 The Yas Hotel, a 500-room, 85,000-square-meter complex, is one of the main architectural features of the ambitious 36-billion-dollar Yas Marina development and accompanying Formula 1 raceway circuit in Abu Dhabi, UAE. Asymptote envisioned an architectural landmark embodying various key influences and inspirations ranging from the aesthetics and forms associated with speed, movement and spectacle to the artistry and geometries forming the basis of ancient Islamic art and craft traditions.

Urban situation : in the middle of a formula 1 race track