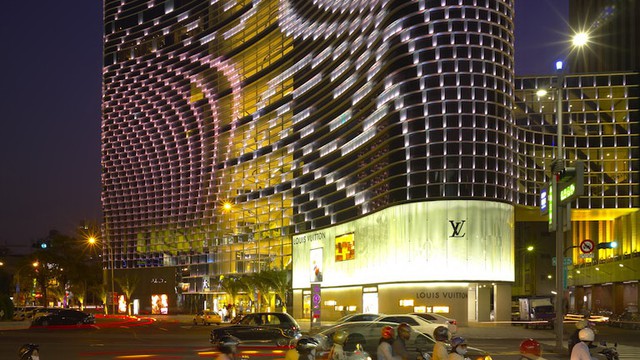 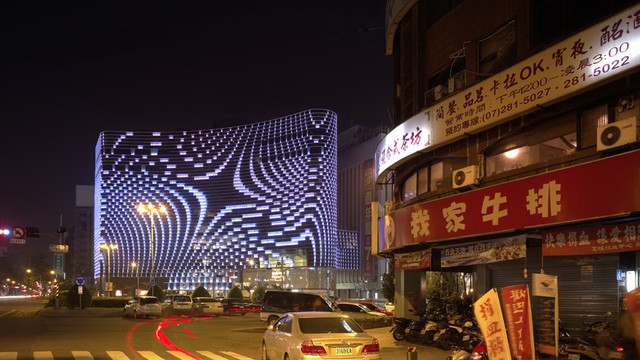 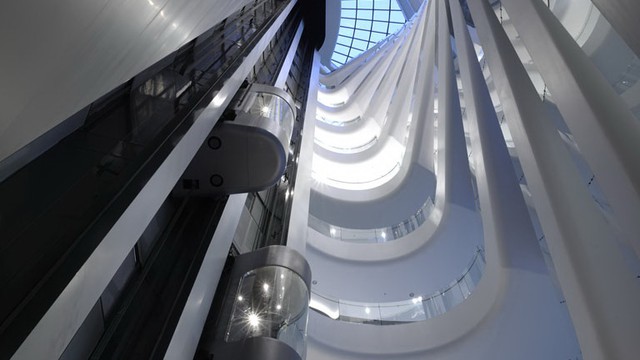 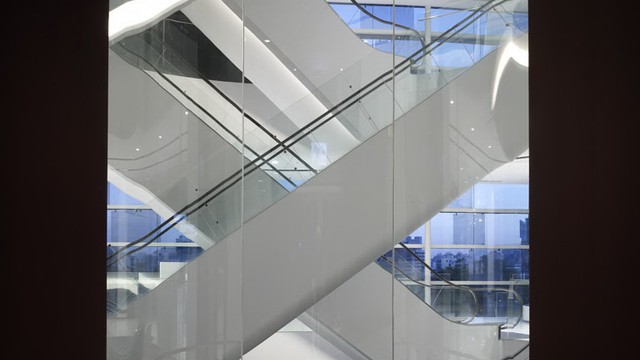 A vibrant new landmark has appeared in the fast and modern city of Kaohsiung: the luxury shopping center Star Place. Both inside and out, the building radiates a dynamism and the kind of bright perfection that the architect refers to as the ‘Made in Heaven Effect’. Everything about the building moves the eye.

Technically acting as a sunscreen and weather barrier, the curved façade is fully glazed and combines the curtain wall glazing with horizontal lamellas and vertical glass fins. The position and size of each of the façade elements are derived from a twisted frame system, which is related to the interior organisation of the building. The concave front of the building displays different fluent forms when seen from varying distances and directs the visual field of the customers traveling on the spiraling escalators. Edge-lighting for the vertical glass fins spreads soft colors onto the façade at night. The lighting intensity and color effects are digitally controlled and choreographed adding another layer of fluidity to the building’s skin.

Kind of light creation : Custom made full color LED edge lighting profiles integrated with glass holding fixtures on bottom of glass fins with modular length; the lighting fixture is designed with a combined optic of a condenser lens just above the LED and a linear Fresnel lens to distribute the light evenly across the entire length of the glass panel; the glass fins have screen printed dot frit to spread the light, therefore the become aglow;

Resolution and transmitting behaviour : Low resolution - 2500 LED light modules (each 10 Watt) are integrated into the window frame, illuminating the frit, and allowing each glass fin to become a self-illuminating pixel by night; the lighting is programmed to create color flows that follow the dynamic pattern of the glass fins

Luminace : The operation of the façade starts at twilight and does not need to be visible during daylight, however the building is situated in a dense urban environment with high ambient light levels. It was required for the façade lighting to stand out against the city lighting without being too overpowering, and also to be visible in front of the interior lighting.

Urban situation : The building is situated on a roundabout, the sunscreen façade appears dynamic on the convex shaped building as it is changing due to the viewers standpoint; at night the fins glow, visible from all angles and from long distances.

Description of showreel : The storyboard was developed based on different lighting scenes for different events, the theme of the ‘rising star’ combined the various sequences that were designed in aftereffects and applied to the control system programming.