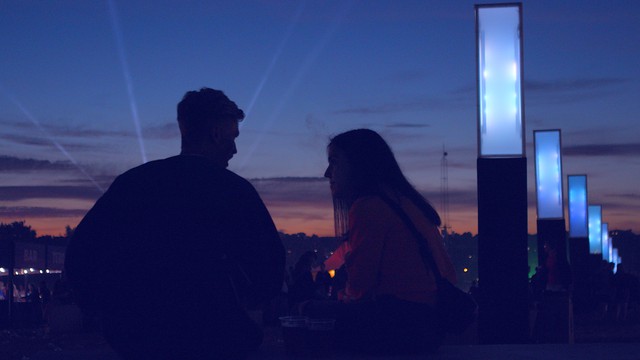 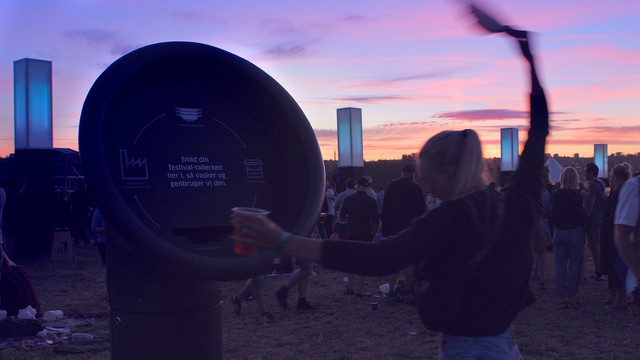 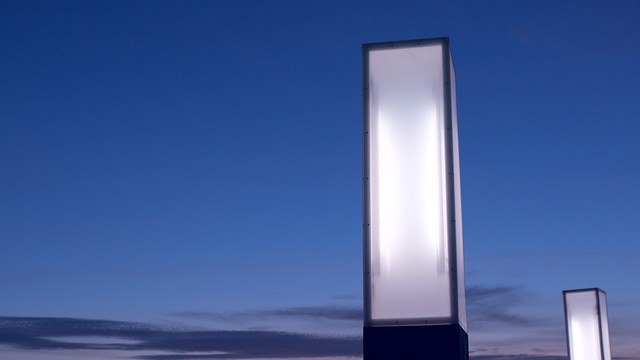 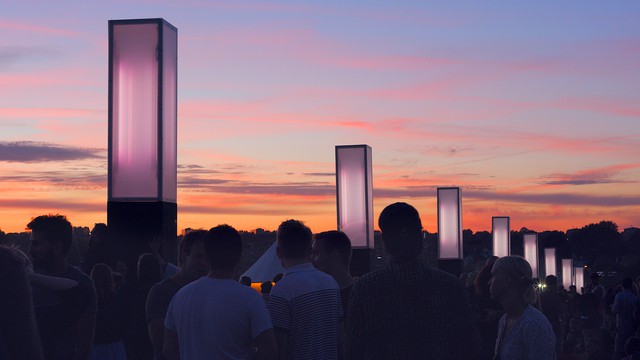 How do you promote our transition to a circular economy through the use of Media Architecture? Northside Beacons is a recent example of a global trend, using experiences to nudge people into a more sustainable behaviour.

At Northside Festival 2018 all plastic trash is collected and reused. This year plastic plates made from last year’s recycled beer glasses were collected at a special collection station connected to a large lighting installation. When users deposited a plate into the recycling station, they were rewarded with light pulses through sixteen large beacons, spanning the entire 160 metres of the festival grounds. The aim was to nudge more users into sorting and recycling materials. THE BEACONS The beacons consisted of a wooden base with a bench and translucent tops containing individually controllable LED’s. All of them controlled by Kollision’s MAP software connected to IR-sensors inside the collection station. When not activated by users, the entire installation functioned as subtly glowing, wayfinding beacons for people trying to locate each other at the festival grounds. OUR ROLE Kollision developed the concept together with representatives from Northside and Down the Drain Productions, who also built the towers. We handled lighting design, sensor interaction and programming. LEDs were provided and installed by Martin by HARMAN. Video footage and editing was done by Allan Toft.

Building or project owner : Down the Drain Production / Northside Festival

Architecture : Down the Drain Production / Kollision

Project co-ordination : Kollision / Down the Drain Production / Martin by Harman

Issues addressed : Using experience design as a reward to get users to deposit recyclable trash into specific stations instead of leaving it on the ground or putting it into normal trash cans.

Impact : It was a prototypical setup involving just one station, so this years impact was relatively small. We're working on a larger scale implementation for next year's festival.

Next steps : Developing a more integrated system for promoting a circular approach to waste collection at Northside 2019.