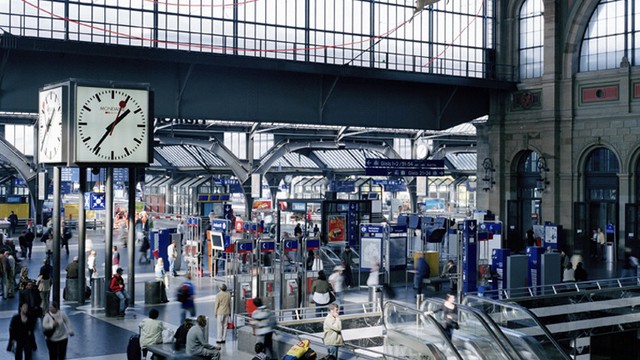 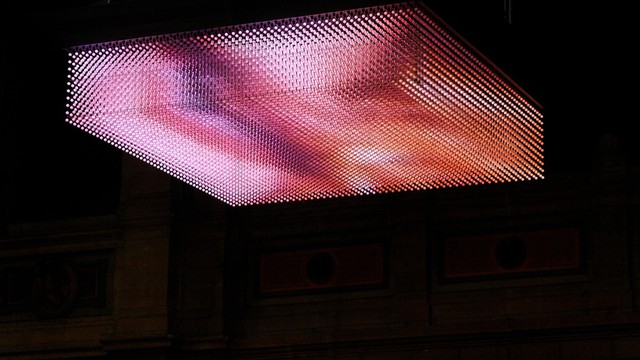 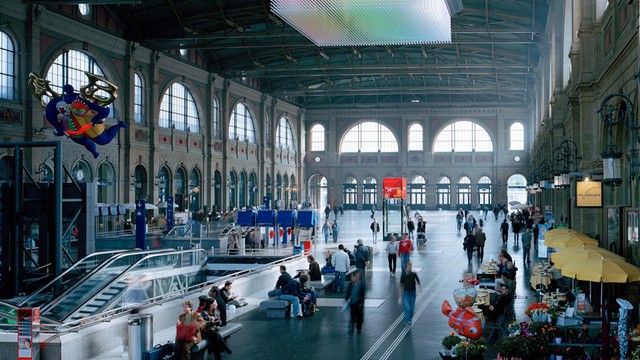 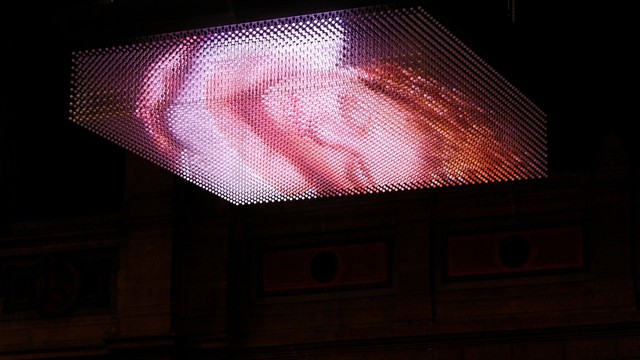 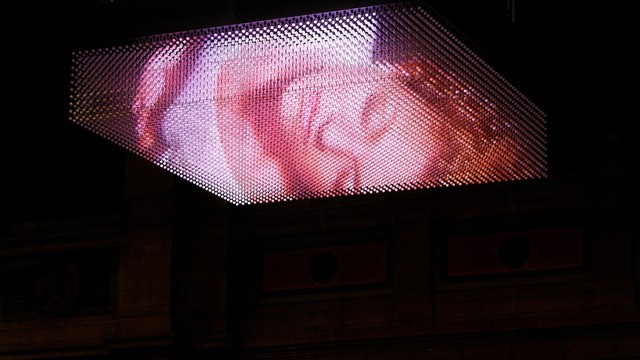 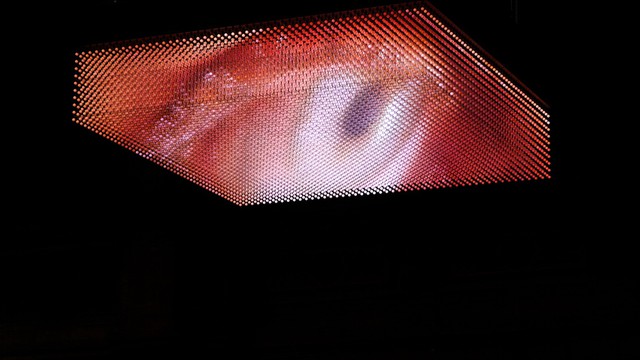 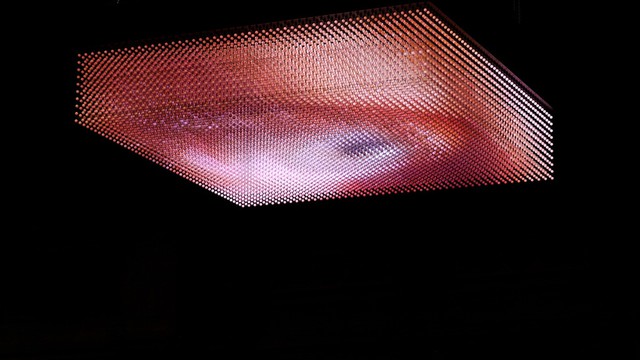 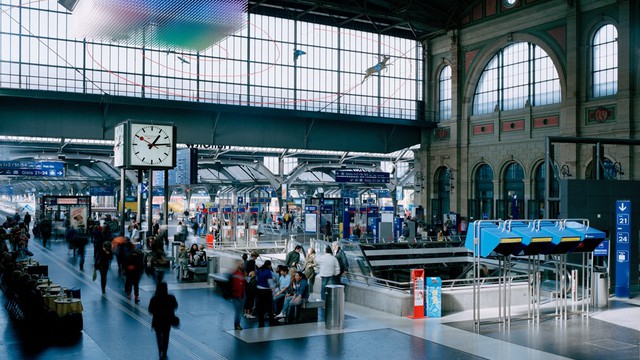 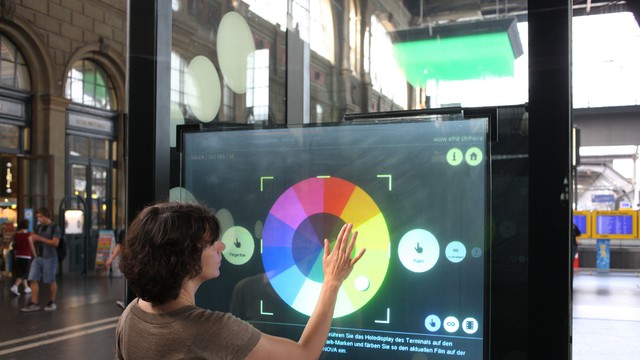 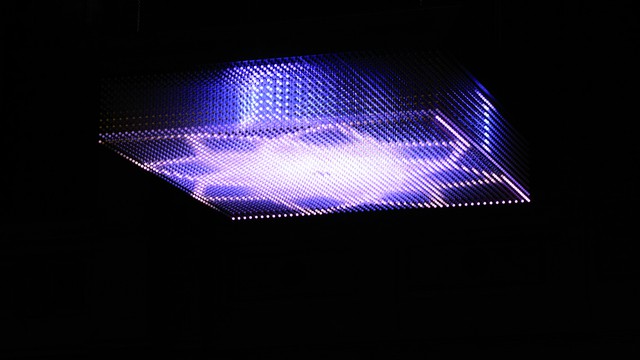 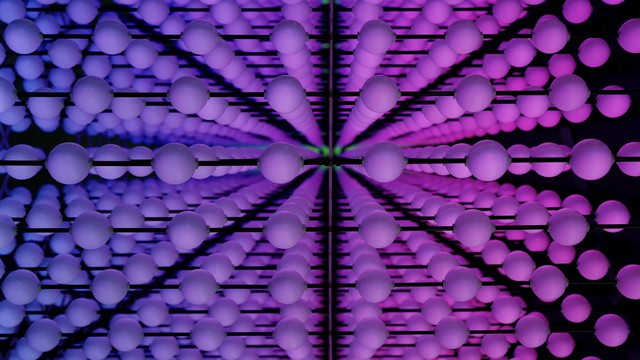 NOVA blurs the boundaries between science, art and technology offering a universal experience accessible to everyone referring to “third culture”, a term first coined by C.P. Snow in his famous book “The Two Cultures” published in 1964 promoting a streetwise science culture, where working scientists communicate directly with lay people. In reference to this context NOVA’s mission is to make science more tangible to the public by revealing the perfection and beauty of mathematical formula, to awake the fascination for science and to create a dialogue with society.

The NOVA 3D LED system is suspended 9 meters above ground from the ceiling of the main hall of Zurich’s central train station where 340’000 people pass by each day. It measures 5 x 5 x 1 meters and consists of 25’000 voxels (volumetric pixels). The audience is invited to immerse itself in a universe of 16 million colors and to enjoy a moment of rest and amazement in a very hectic environment. Visitors can explore NOVA interacting with a touch screen at a local terminal which allows browsing, altering and creating content in real time. Furthermore the audience can compose music which will played at the terminal using audio beams and which will be simultaneously visualized on the NOVA screen. The LED voxels measuring 40mm in diameter can be addressed individually and work at a refresh rate of 1/25 of a second, i.e. the equivalent of 25 pictures per second. The “real 3D” video LED object can be animated by a variety of 2D and 3D contents (videos, photos, logos, texts, 3D objects, 2D and 3D animations) which can be presented in a physical 3D imaging structure offering real 3D and panoramic vision of 360°. Using a specific feature embedded in the NOVA software developed at ETH Zurich video content can be shown in the 3D imaging space offering an interpretable image visible form one specific viewing point, whereas displaying a blurred and skewed image visible from all other viewing angles. Patents for the system have been filed and granted nationally and internationally.