C4 - Building façade with an integrated light and media installation 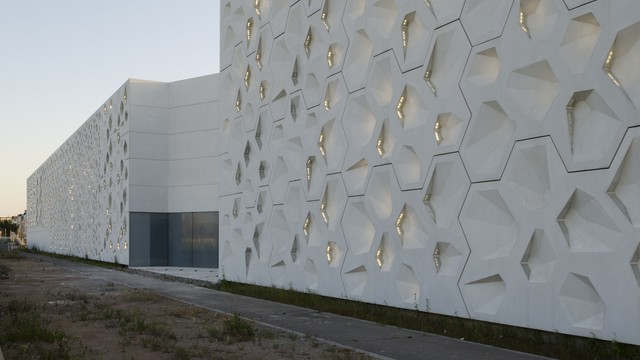 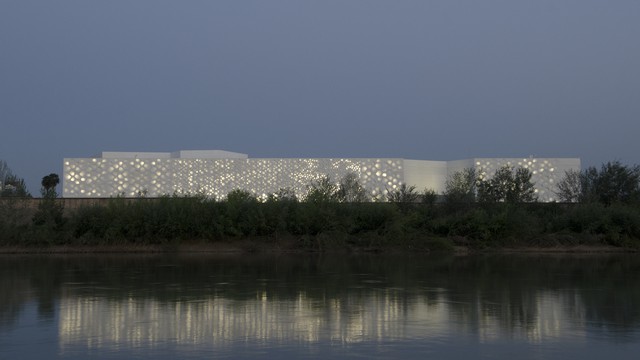 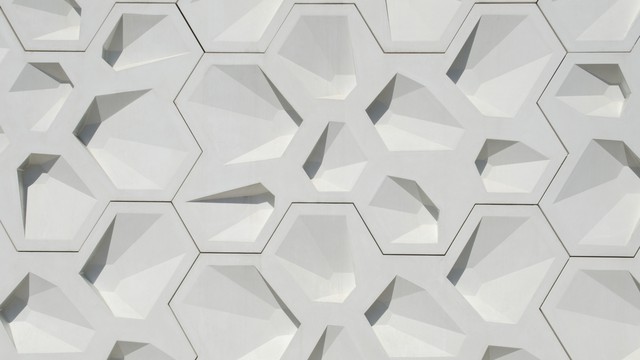 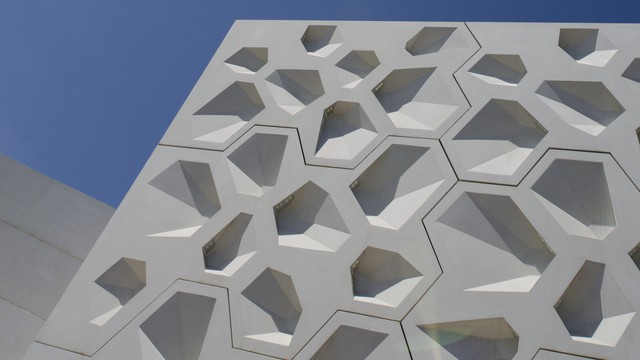 The C4 project with a building façade with an integrated light and media installation is far away from the concept of uniform dots of light (pixel) and structured layout.

With regards to realities:united’s BIX project Nieto Sobejano architects proposed a light- and media-façade on the C4 building surface facing the Rio Guadalquivir. Realities:united was commissioned to further develop the conception and the design for this media skin. In collaboration with Nieto Sobejano realities:united transformed the façade made from pre-cast glass fibre reinforced concrete panels into a 3-dimensional relief with indented “bowls”, which are an abstract derivate of the interior structure of the building. The indirectly lit “bowls” are arranged in patterns of varying density and respectively element size. They result into a screen with a varying image resolution similar to the retina of the human eye. The grey scale system based on fluorescent light will allow the display of moving images at a rate of 40 frames per second.

Luminace : Indirect lighting, use at night only.