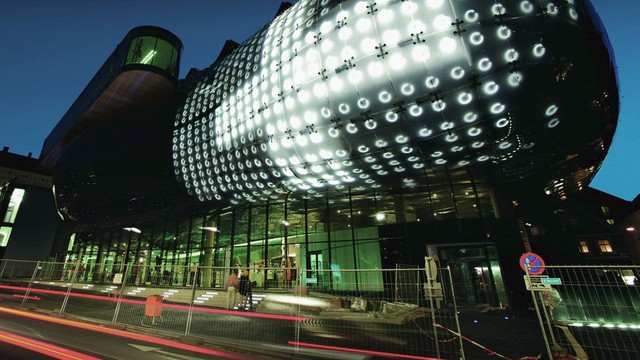 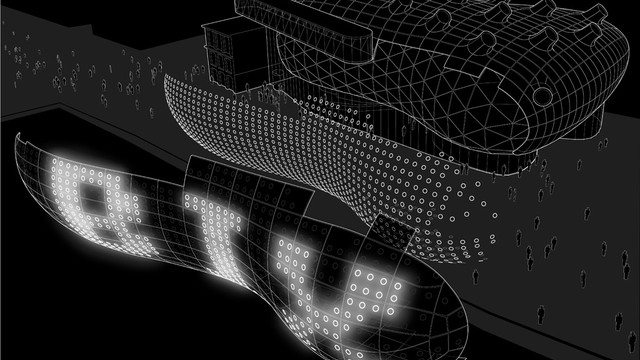 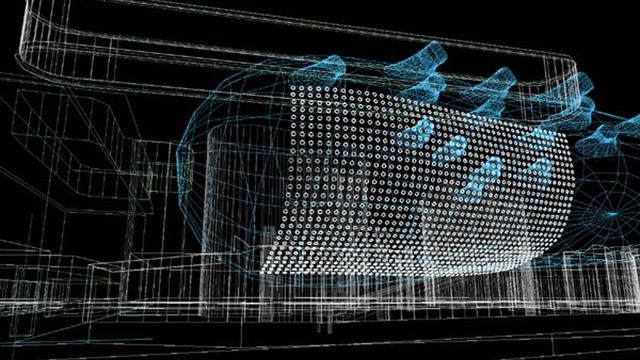 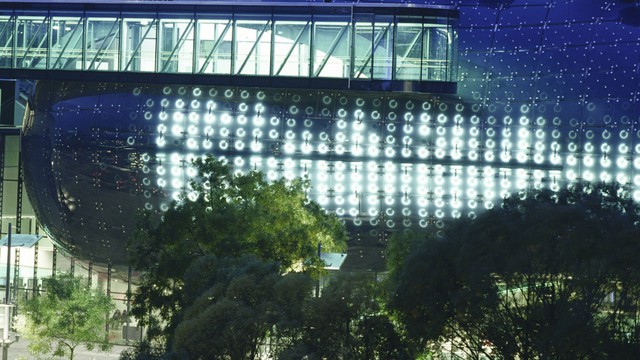 “The Graz building as a responsive skin of some sort was always in our mind - the ‘realities’ boys made it reality - with sparkle. What more could you ask for?” Peter Cook; Architect, London, GB

BIX is a matrix of 930 fluorescent lamps integrated into the eastern Plexiglas façade of the Kunsthaus. Through the possibility to individually adjust the lamps’ brightness at an infinite variability with 20 frames/sec. images, films and animations can be displayed. The BIX installation and the architecture share a strong symbiotic relationship. The façade as a display extends the communication range of the Kunsthaus, complementing its programmatically formulated communicative purpose – in an abstract and mediated form the media façade transmits its internal processes out into the public. For the development central design features of conventional large screen displays had been abandoned in order to obtain a number of substantial advantages: On the one hand, the low image resolution imposes strong limitations. On the other, this “deal” enables the modular structure and the huge size of the installation to be highly integrated into the architecture. Not a separately mounted video wall but the Kunsthaus itself radiates messages.

Facade type and geometry (structure) : Double layer façade construction with a non-transparent inner façade and an outer “skin” constructed from translucent Plexiglas panels covering the biomorphic building. BIX consists of a matrix of conventional circular fluorescent light tubes integrated in the Plexiglas façade of the Kunsthaus.

Resolution and transmitting behaviour : 930 pixels on a total surface area of 900m2

Luminace : Medium-high; used under twilight conditions and at night

Urban situation : Installation is integrated into the building’s riverside frontage which faces the city