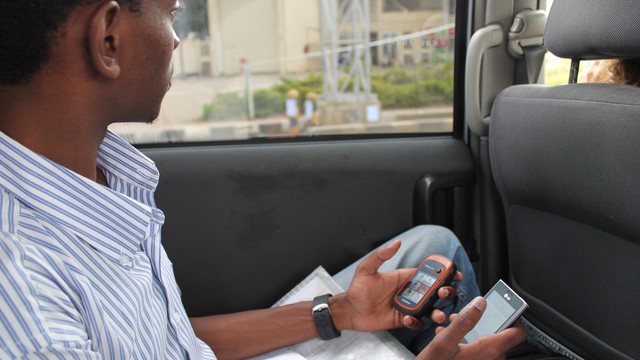 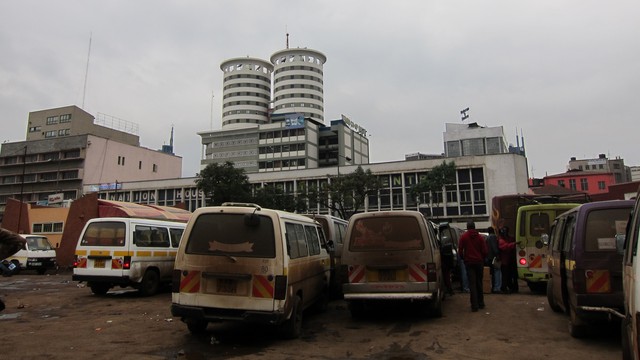 digitalMatatus illustrates how anyone can leverage technology in developing countries and cities around the world to collect data for an essential infrastructure, give it out freely, and in the process encourage the government to develop channels to provide better access to information. Conceived out of collaboration between American and Kenyan Universities, partnering with Nairobi’s growing technology and design sector. This project captured data on the matatu system, Nairobi’s informal transit system, developed mobile routing applications and designed a new transit map for Nairobi that changed how both residents and government navigate the system.

digitalMatatus is a project to map Nairobi’s informal bus system, tests this idea by collecting data using mobile technology, opening it up to anyone to use, and creating tools and maps to make this data more visible and accessible. Nairobi’s informal bus system, considered chaotic by nature, with hundreds of different operators, was synthesized into one organized public map which we realeased in January 2014. For the first time, the people of Nairobi saw the Matatus as a comprehensive system that could be planned for and navigated fully. Informal buses, called Matatus, make up the Nairobi transit landscape. Run by hundreds of privately owned companies licensed by Nairobi’s City Government, Matatus range from 32 seat vehicles to small vans that can hold up to 14 passengers. Almost everyone in Nairobi uses Matatus as they are the main form of transit, yet maps or data of the system have not been developed. The lack of data has made it hard for residents to know how to navigate their city, but more importantly it has created limitations for urban planners involved in understanding movement in the city. We released our map with support from Matatu owners, the Nairobi government, the tech community, NGOs, Matatu operators and Nairobi’s commuters. The maps were distributed in newspapers and went viral on social media – where links were posted to download the map. The government leveraged the maps release by making it evidence that they were addressing the chaotic and dangerous nature of the Matatu system – a constant request of Nairobi’s citizens. Matatu drivers and owners responded to the maps by identifying locations underserved by the system and planning new routes for those locations. The data itself has already been used by urban planners and developers in transport modeling and mobile apps for navigating Nairobi.

Urban situation : Our dataset has covered nearly all of Nairobi's estimated 130+ Matatu routes covering every side of the city. Our products, a dataset and map have been downloaded hundreds of times, published on the front page of local newspapers and embedded into digital applications so the data is increasingly infused with the city.