A wall of thousands of LEDs illuminated by water contact 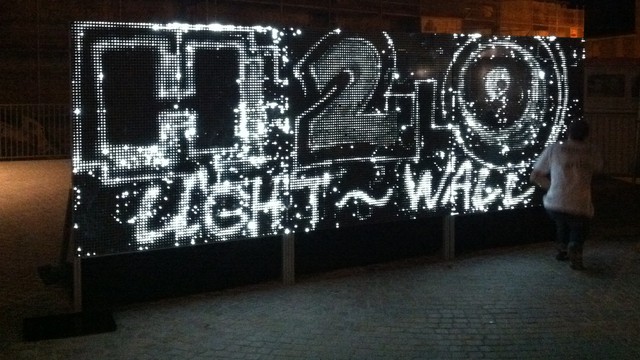 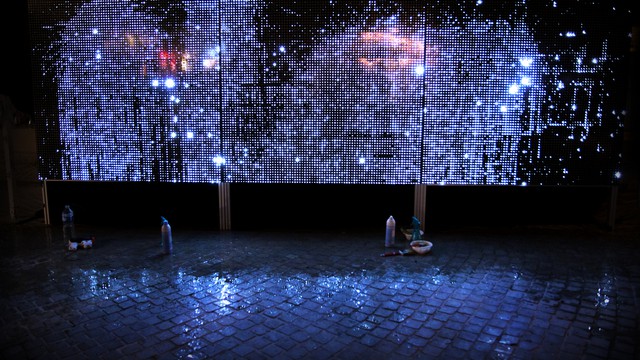 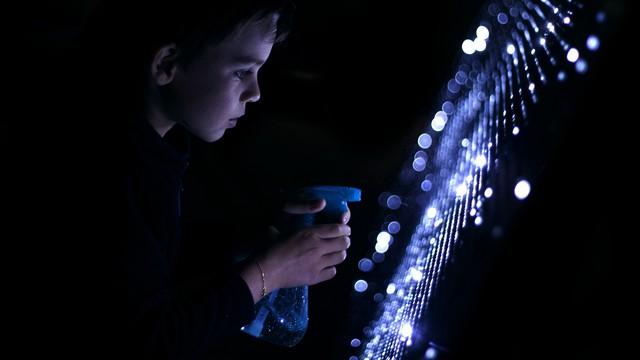 The Water Light Graffiti is a project of a material creation composed of several thousand LEDs illuminated by the contact of water. By touching the edges of a LED, the water creates an electrical bridge and make the current pass thrgough the circuit, which provides power to the LEDs below the surface. The quantity of water that you deposit around the LED increase the brightness : the damper, the brighter. Based on this simple and clever idea, the aim of Water Light Graffiti is to propose a new smart material to draw or write ephemeral light messages. This project allows to perform graffiti with just a water atomizer. Water Light Graffiti supports ephemeral and more eco-friendly tag or sketch. Using water, which has no form and no colour,

Light hardware (LED hardware) : made in the Artlab of Digitalarti by Antonin Fourneau

Kind of light creation : custom sensor around each LED allows to use water as a signal to turn on the LED.

Resolution and transmitting behaviour : 19600 LED integrated in a 2mx5m rectangle. The LED pitch is 2 cm. No tansmittion - each LED is independant.

Urban situation : The system is easy to built in a larger scale. Positioned on the ground floor it allows people to draw on it, on the top of a building it reacts to rain.

Description of showreel : The façade reacts to the deposit of water on the surface, therefore it can be used by the public or the owner to share their creativity and ideas.