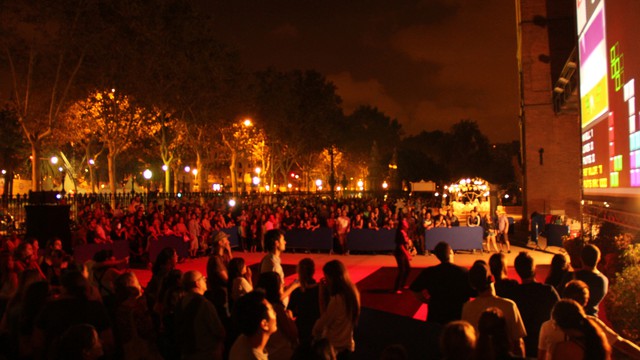 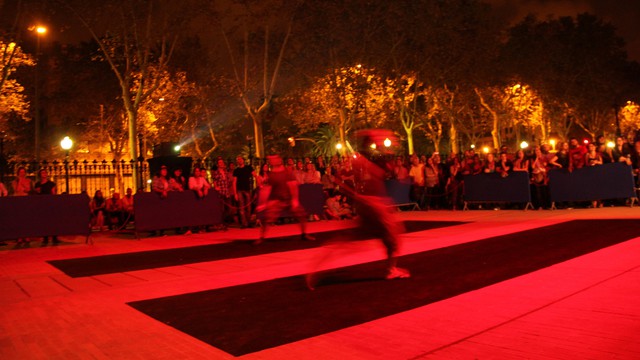 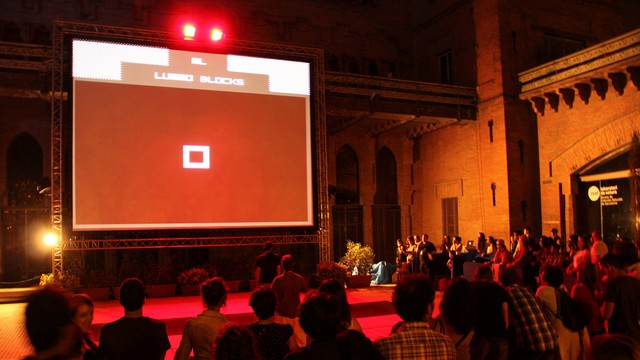 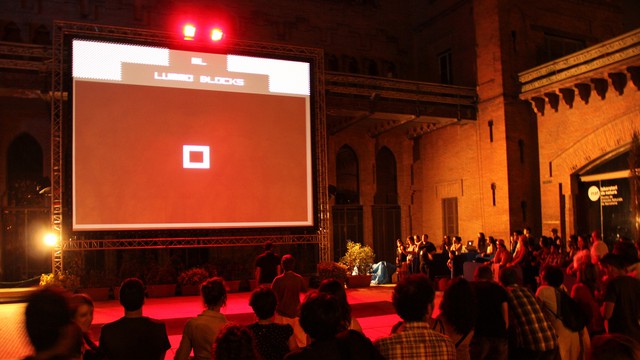 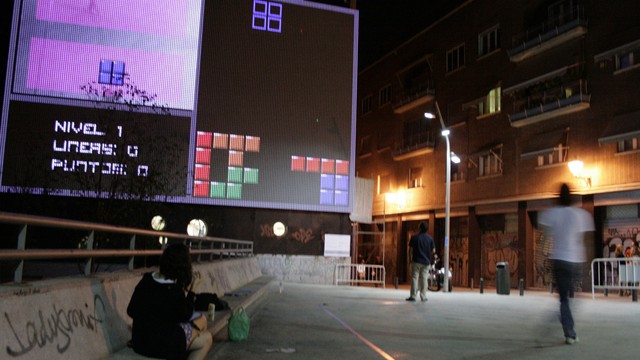 Lummoblocks is a new version of the legendary Tetris game designed to create collective interactions amongst people in public spaces. The game is designed for two players. One of them is in charge of moving the position of the Tetris piece in right to left direction, and the other one changes it's orientation. This game initially wanted to provoke interpersonal communication in a group of pedestrians. The game wants to create a positive impact on social activity of each place it is installed, creating a new interaction space for people.

The aim of this project is to create a playful interactive space-located experience in open urban settings with a special focus on the generation of collective interactions amongst pedestrians. Lummoblocks is a game to be used in public areas by two players. The game logics are similar to the original Tetris: players must create as many lines as they can before any piece gets to the top of the screen. In this new version the bodily interaction is producing a totally different result, in both subjective and collective experiences. The game is designed for two players. One of them is in charge of moving the position of the Tetris piece in right to left direction, and the other one changes it's orientation. There are two active areas where the players can move to use the controllers, and they are usually marked on the ﬂoor for reference. The Tetris game has been one of the most played games in the world with over 100 million paid downloads in mobile phones and more than 35 million sales only on the Game Boy platform. One of the keys for success of Lummoblocks has been the fact that its main gameplay is well known by the general public.

Urban situation : Lummoblocks was produced originally for the façade of Medialab-Prado in February 2010. The digital façade in Medialab-Prado was designed by Langarita-Navarro arquitectos as part of the project for the renovation of the "Serrería Belga" building. Adjacent to the north face of the "Serrería Belga" building, it has 14,5 meters width and has a height of 9,4 meters. It is located in the "Plaza de las Letras", a space divided into two levels. The façade was opened in February 2010. The size of this square is around 25x30 meters. Lummoblocks was shown continuously from 2010 to 2011 every Friday, Saturday and Sunday night transforming the live in the square. This participatory project also has been installed using projectors in events in Sevilla, Linz, Berlin, Logroño, Cordoba(Argentina), Barcelona, Dublin, Eindhoven.