An artistic and immersive experience of massive proportions for visitors to become immersed in a parallel universe. 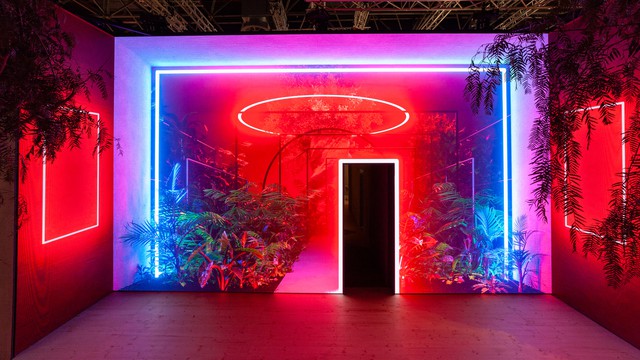 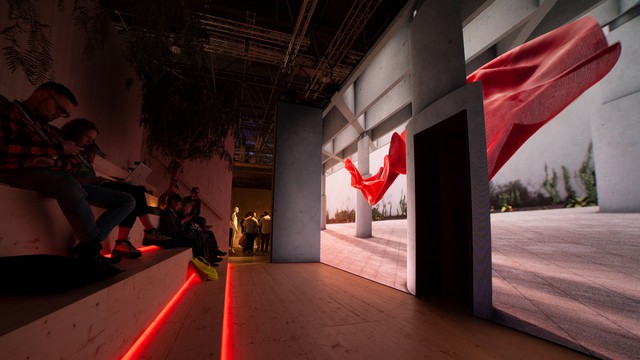 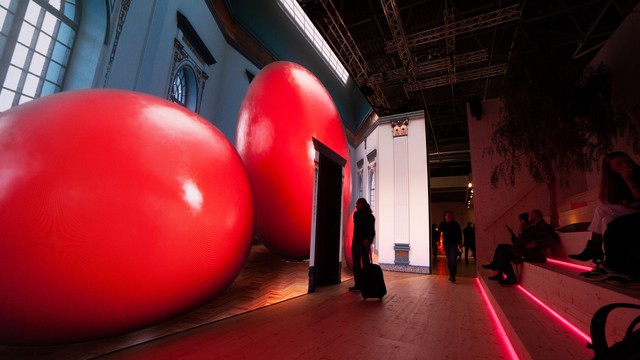 Atrezzo was founded in Barcelona (Spain), in 1990, to design, develop and manufacture high-quality visual merchandising products for the global fashion industry. On this occasion, Atrezzo presented their latest creations at the EuroShop 2020, a trade fair that was held in Dusseldorf. They had a 600 m2 booth where visitors where invited to enter into a labyrinth. The concept developed was a seductive journey focused on colours, textures, lighting, sound and artistic references.

Instronic was tasked by Atrezzo to enliven the central area of the labyrinth creating an artistic and immersive experience of massive proportions for visitors to become immersed in a parallel universe. In the starting phase of the project, we virtualized the booth to better understand the space, to design the experience and to integrate it properly to the central point of the labyrinth. A wide room with stands was created for visitors to take a break while they were visiting this overcrowded trade fair. The idea was that this space beca- me a kind of oasis in the middle of the jungle. An space designed as a relaxation area, a meeting area and a transit area within the route. At the same time, it was a VIP anteroom access. The formal design consisted in a LED screen composed of a front wall of 8.5 meters high with 2 side walls of 1.5 meters wide and the same height. The central wall had a door of 1 meter wide and 2.5 meters high. The LED display wall had a pixel pitch of P2.9 with a resolution of 2944*1280 pixels. Additionally, in the stands located just in front of the led wall, perimeter strips of led lighting were placed working in sync with the content of the screen. The construction of this massive display of more than 70 m2 was designed for immersive shows. Various spatial sides integrated the display into the labyrinth structure in an exercise of co-creation with the interior design team. The development of the content was the core part of the project. Our content team developed a 15 minutes loop based on the depth as a basic concept and with a contemplative purpose. The storytelling is driven by 4 common elements. The brutalist architecture alive and in movement played a main role in the course of the pieces and functioned as the protagonist of the installation. The light was the main tool that allowed us to explore the various shapes and dimensions of visuals. The movement of light allowed us to emphasize the volumes and contrasts, creating shadows that mark hardness and profiles. Vegetation was integrated as a decorative element in scenes where we considered appropriate. It was a small part of the protagonist with the most presence. And finally the sensations were an integral part of the scenes. Depending on the environment we wanted to create, we added immersive sensations of light that bathed the entire room, created a foggy glass or a haze. A total of 5 scenes were created to work as parallel scenarios into the journey of the labyrinth with floodgates opening to immerse the visitor into impossible landscapes inside the booth with the brand essence .