an ‘inscription device’ for the BIX Facade of Kunsthaus Graz 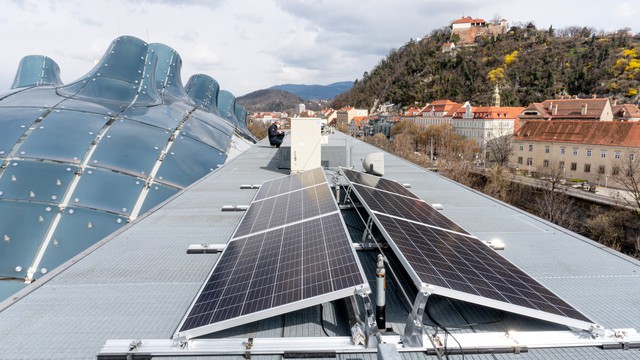 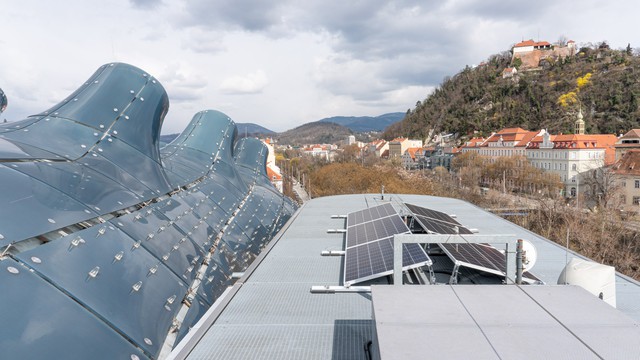 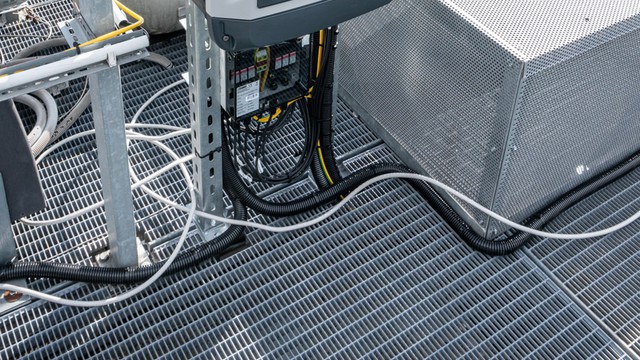 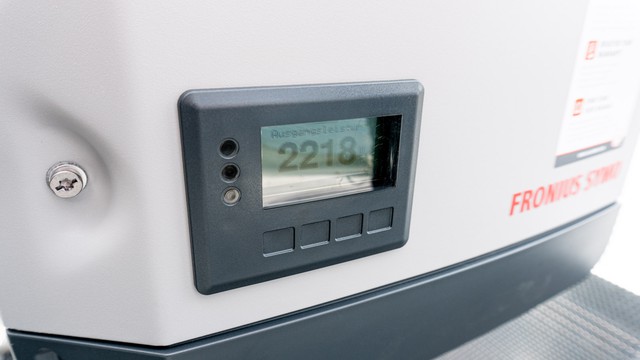 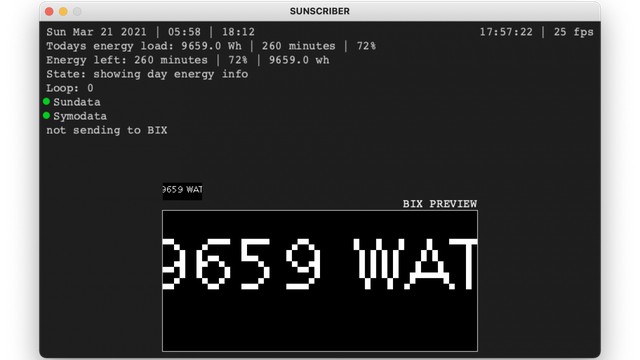 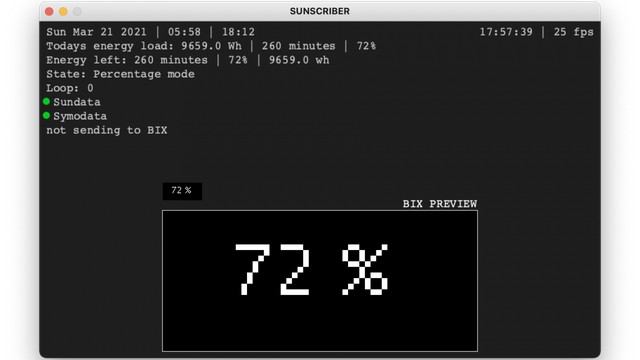 The BIX light and media facade consumes as much energy as an average single-family house in a year. In the future, however, it will only illuminate the night if there were enough hours of sunshine in Graz during the day. This concept of media artist Onur Sönmez for the BIX project Sunscriber ensures that the energy required for the BIX light and media facade is generated by means of a photovoltaic system on the roof of the Needle. This way, nature will determine whether and how long the BIX lights up at night. In general, the project is a critical statement on energy generation and the naturalness of light in urban space. It is implemented with the help of Jona Hoier and Mehmet Ekinci. The project ties in perfectly with the ecology-focused section of the exhibition what will be, a part of SHOWING STYRIA in the Kunsthaus Graz primarily themed around the future of Styria.

Sunscriber consists of three main design components: a set of photovoltaic cells installed on top of the Needle of the building, a computer program that will monitor the amount of energy collected by the photovoltaic cells, and the already existing illumination infrastructure of the BIX Facade consisting of 946 light bulbs and BIX Simulator. The computer program functions as a control interface and facilitates the visual renderings appearing on the exterior surface of the Facade. This control function treats the energy levels it detects on the photovoltaic cells as its referential index. The fundamental working principle of this integrated system is to regulate the energy used for the illumination of the Facade by the use of a solely solar activated infrastructure. The socio-technical imaginary of this art project aims to link Kunsthaus Graz’s architecture vision with particular threads from the history of scientific thought, technology and material culture as its name denotes. Sunscriber is basically an ‘inscription device’ (here we operationalize Bruno Latour’s concept from his book Science in Action, 1987) that trans-mediates the materiality of sun beams into human scientific language with the dual use of an electronic infrastructure and digital media interface. It shows how much energy it harvested, how much energy it can still use, how long it will stay on based on the weather conditions of a given day. Kunsthaus Graz will be hosting it throughout 2021 as an appendage of its ‘friendly alien’ form. Sunscriber literally scribes the sun, records and screens its daily activities reaching Graz landscape on the BIX Facade while it harvests the energy to do such inscription from the same source. It’s a simple, close-circuited system that unpacks a mundane -but vital- cosmological event, i.e. sunbeams reaching surface of the Earth in differential levels; and it treats the sunbeams as additional non-human actors that infuse the cells, wires and nozzles of a technological apparatus repurposed for an art project.