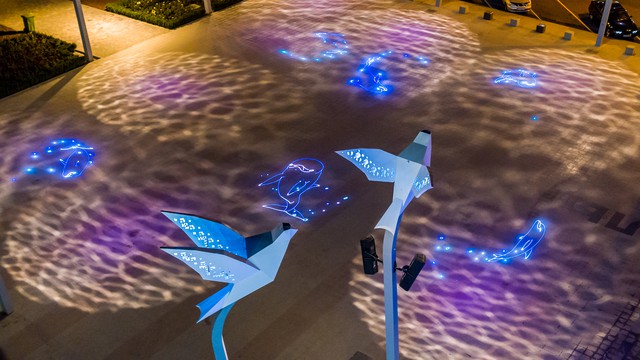 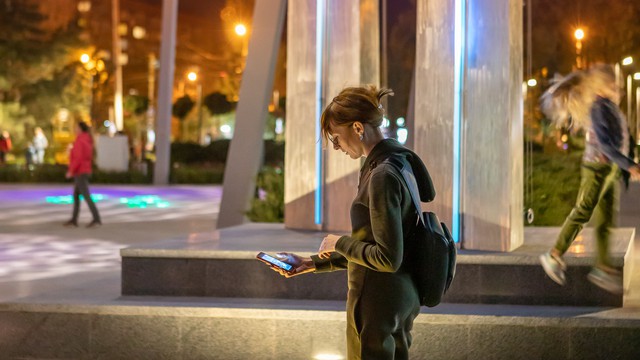 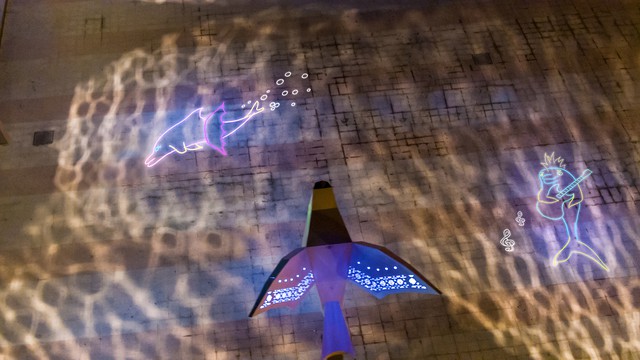 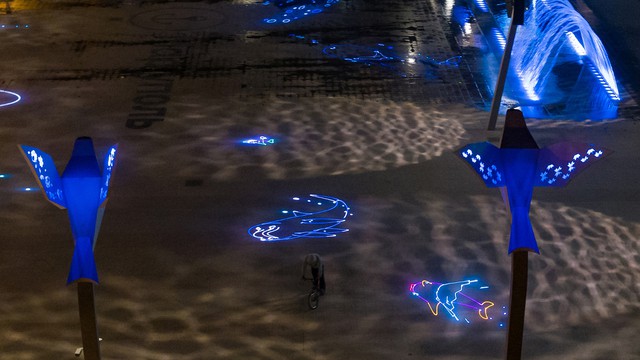 At Freedom Square in Mariupol, we have given an opportunity for everyone to interact with the city space via light. We combined light and IT, creating a unique application for the personal creation and launch of laser dolphins right on the square.

This square is one of the central locations of Mariupol. Now the city is changing its image from industrial to marine. That is why we integrated the light symbols of this transformation - caustic waves and laser dolphins - in the square illumination. In the evening, light QR codes are switched on in the square. After scanning them, a person enters the web application. Step by step, they can use it to create a personalized dolphin - a boy or a girl, in one color palette or another, with the choice of an occupation. For example, you can choose a ballerina, artist, detective, boxer, doctor, teacher, rock star, and even a metallurgist! By pressing the Start button, your own laser dolphin swims out onto the square. The moment of its appearance is marked with laser circles echoing the circles on the water as it comes out. The dolphins are sized so that people can perceive them from the human scale. There is also a high tribune on the square, from which observing is even more comfortable. When no one creates a personal dolphin, neutral dolphins without special attributes swim across the area. There are 19 dolphins in the square. They are constantly swimming; however, their paths do not intersect. We have developed software, design, interconnection of the application with the controller that manipulates the lasers. Each dolphin was drawn separately, with 180 variations in total.

Urban situation : Dolphins can be created and launched in the square, which is located in the heart of the city.