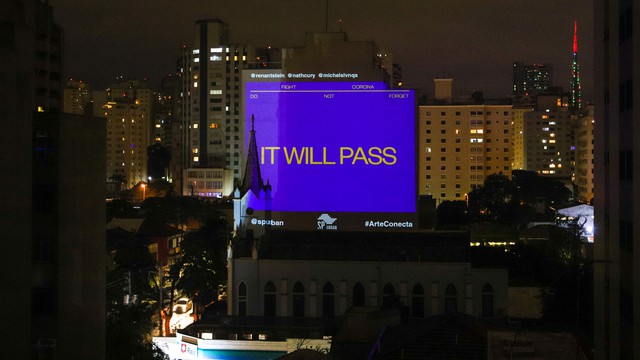 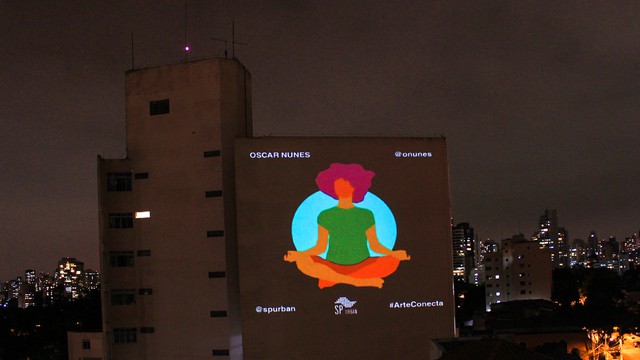 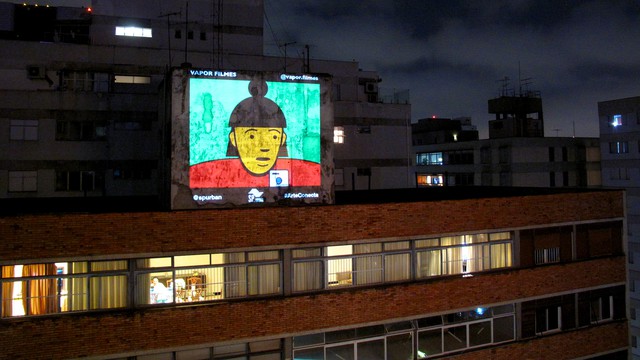 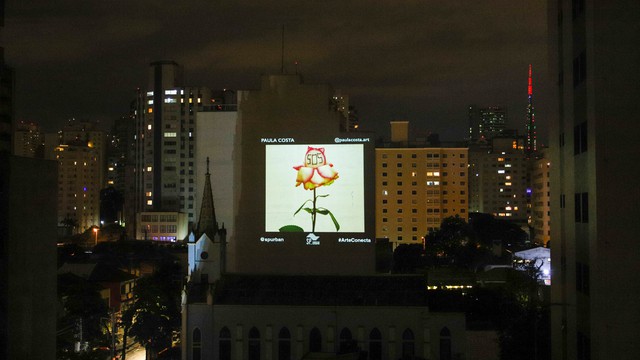 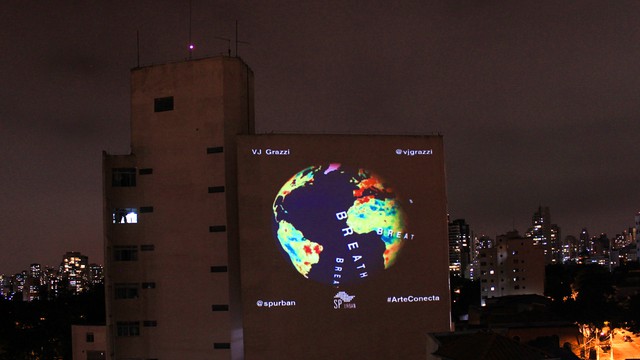 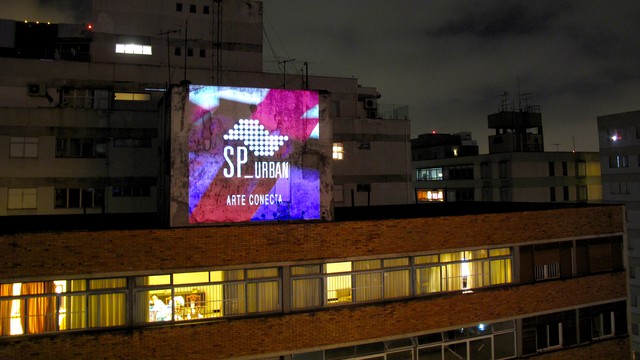 The media art works of more than 50 artists was projected on buildings in São Paulo, Belo Horizonte, Rio de Janeiro e São José dos Campos during the SP_Urban Arte Conecta festival. The collaborative project aims to bring information and improve the physical and psychological well-being of the population, in addition to moving the cultural scene, during the period of social isolation. The Arte Conecta was born to relieve the emotional burden caused by the quarantine and set up temporary communicational platforms for artistic and critical expression. The video projection of the woks on the buildings was the way that the organizers found to connect art, artists and the population in a safe way, respecting the rules of lockdown.

Project sponsor/ support : No sponsor - support by On projeções and Cosmic Eventos

Facade type and geometry (structure) : In order to adjust to the concrete areas on the sides of buildings (some more vertical and others more horizontal) it was established a blueprint of 1080x1080 pixels.

Luminace : There were a variety of projectors and lens used to broadcast the content program on the concrete areas of residencial buildings, the LUX of projection areas are also diverse considering urban lighting. The Arte Conecta festival used Panasonic PT-RZ120 12.000 lumens laser (support by On projeções), Panasonic PT-DX100 10.000 lumens, EPSON G7905u 7000 lumens 4K (support by Cosmic eventos), EPSON X41, and projectors of 5.000 and 2.000 lumens.

Urban situation : Brazil was facing the biggest economic, political, environmental and health crisis. The population, prevented from protesting in the streets opted for banging pots and pans as a protest through their windows and balconies. The pandemic pot-banging protests brought people to the windows by appointment, and the Arte Conecta artistic projections began, taking advantage of society gaze on the walls and gables from the nearby buildings. The closure of cultural centers, the absence of nightlife and the intense urban media activist projections, culminated in spontaneous and guerrilla urban media interventions, the SP_Urban Arte Conecta emerged in this context. Until the quarantine, windows were mere membranes of private space with public space. After a few weeks of confinement the windows became spaces of protest, of performance, space of community socialisation like an affective interface.

Description of showreel : Through an online collaboration network, visual artists, VJs and illustrators sent works that express a feeling of togetherness, empathy, gratitude and humor. A significant number of visual works expressed messages against the violation of civil rights and abuse of public power. Artists claimed the right to public health service, freedom of expression, and reinforced social and health practices in order to control the Corona Virus dissemination.

Community or communities involved : In São Paulo urban media projections, the festival broadcast informative content of the 'Cidade Solidária' (solidarity city) volunteer program: an initiative by the São Paulo City Hall and several Organized Civil Society Entities to help people in extreme vulnerability. More than 2.458.000 ‘basic food baskets’ with personal hygiene and cleaning items were distributed to communities mapped by City Hall social service . The action was carried out during the maintenance of the emergency situation and the state of public calamity resulting from the coronavirus pandemic in São Paulo city.