Beacon is a light art installation, based on a 60-meter factory pipe in the territory of the former motorcycle factory in Kyiv, where the first innovative park of Ukraine, UNIT.City. 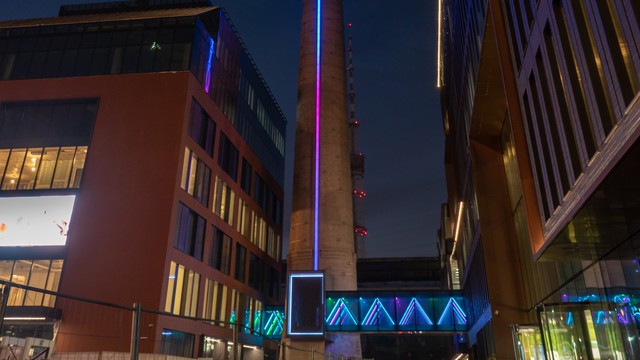 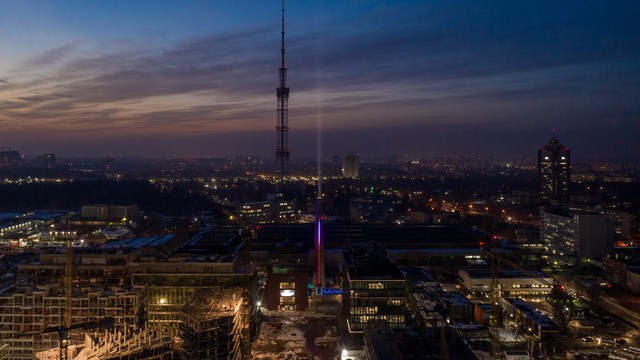 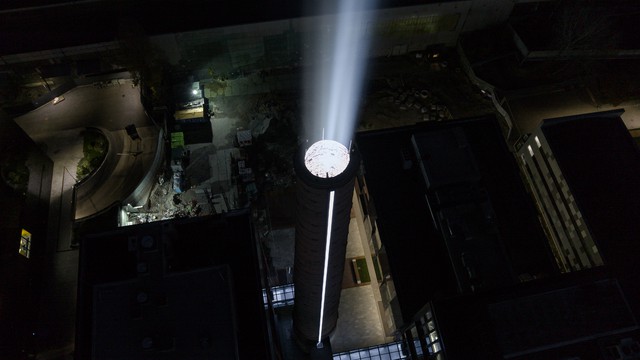 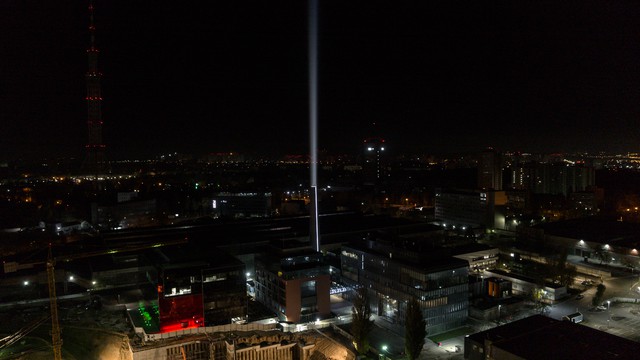 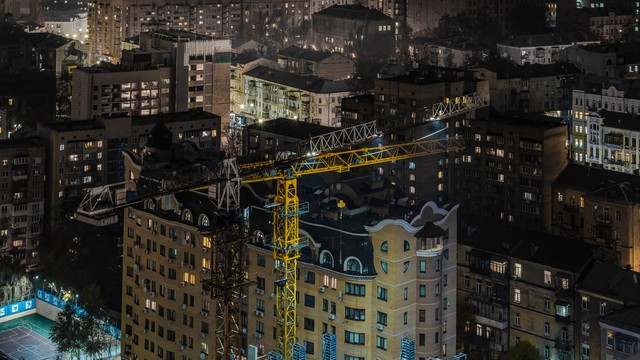 Beacon is a new permanent public landmark in Kyiv, Ukraine. Created by British artist Sebastian Kite and ukrainian lighting designer Mykola Kabluka, made in partnership with Expolight, UDP real estate development company and UNIT.City, the work is a light installation that transforms a former industrial chimney, situated in the heart of tech and innovation park UNIT.City, into a dazzling visual marker broadcasting a vertical beam of light. Standing 63m in height and projecting 3km into the sky, Beacon is the tallest artwork in Kyiv.

Beacon is a light art installation, based on a 63-meter factory pipe in the territory of the former motorcycle factory in Kyiv, where the first innovative park of Ukraine, UNIT.City. In the process of renovation, among the new buildings, this artifact was preserved and now it has become a public landmark, attractively dominating the city. The concept of the Beacon is to create a unifying symbol in the era of changes in Ukrainian history. A symbol of respect for the past, the land on which it stands, and the desire for the future. Beacon consists of an array of high powered searchlights mounted inside the flue of the chimney. A fresnel lens draws the lights into a focused beam projecting vertically into the night sky. Ultrabright LED bands trace symmetrically the exterior sides of the chimney from base to summit. The beam of light connects the ground, its history and the sky. It can be seen from near and from across the horizon of the city. The light is in tune with the earth, timed to the rise and setting of the sun. The installation pays respect to the heritage of the industrial site whilst also, projecting into the future in a timeless way. The chimney, which once expelled toxic fumes is being transformed into a unifying symbol of hope, employing light as a universal message to offer a point for contemplation, collectivity and community. With the onset of darkness, the light moves vertically from the bottom upwards, displaying the process of energy charging. Reaching the summit, light projects from the pipe with a powerful vertical beam. For the linear light that travels up the chimney a special unit has been developed, thanks to which it was possible to make the light soft and dimmable. Also, the equipment allows to implement various scenarios. In addition to the main scenario with white light, program options were developed in the colors of Ukrainian national symbols and other states for possible receptions of state delegations, as well as a festive New Year's program. Beacon sits at the heart of UNIT.City, an emerging tech and innovation centre in Kyiv that opened in 2017. Today it is one of the largest innovation centers in Europe. Aimed at supporting creative and young start-ups as well as leading-edge companies and set over 24 hectares, UNIT.City is expected to become the gateway to Ukrainian tech scene.