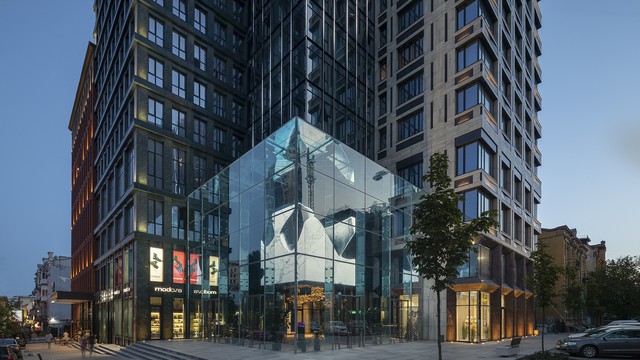 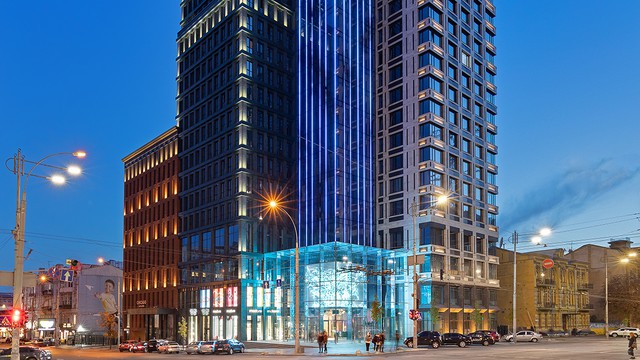 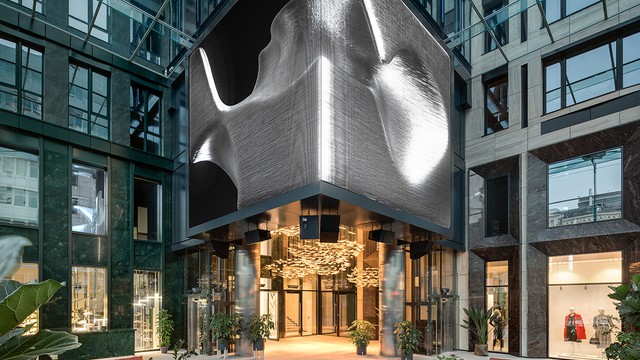 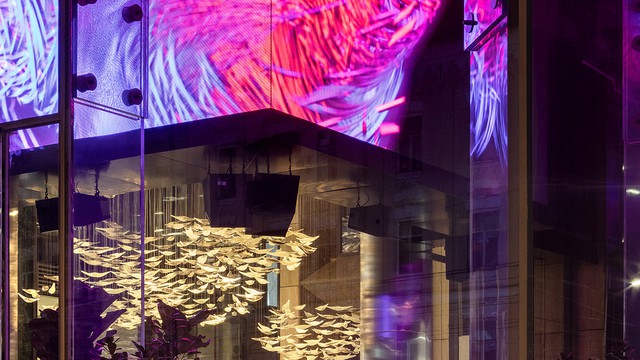 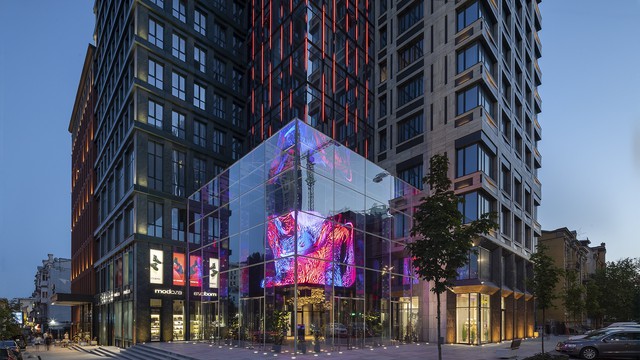 Interactive Media Sculpture The Cube on the facade of Chicago Central House has became the first massive media sculpture in Ukraine and Europe that are show the invisible rhythm of the city on its screen using digital content.

We live in an era when borders between reality and the digital world are less and less visible. Building materials evolved from wood, stone, concrete, glass, and aluminum to digital materials. That, in particular, have help us create a dynamic sculpture that displays the city life in all its diversity. The sculpture itself is a 5x5 meter cube placed into a glass shell. Each hour, shapes are generated in six materials. Five of them are demonstrate more traditional textures: wood, stone, concrete, glass, and steel. The sixth one are generate a form using available “Big Data”, which is data about weather, city traffic, air travel, and phone calls. Creating content, we use imitation of the daylight having calculated the Sun movement on current geolocation. So, each hour, the placement of shadows on a sculpture are change visually depending on the real Sun’s movement in a virtual form. When the darkness comes, the most modern museum technology of exhibit illumination is imitated. Several beams of light with different width are aim in a certain way to express the shape with the light without changing position. In our case, the lamps are virtual. The facade itself is also dynamically lit, and the illumination is interact with the illumination of the media sculpture. For example, if along all the height of the facade, there are an imitation of a waterfall, the cube is turn into a giant aquarium into which the water is fall loudly. For all the variations of scenarios, the audio content have developed. Interactions with sculpture are also be provided: in the glass shell, there are a smaller model of the cube touching which people are able to affect the current content. Closer to night time, the facade lighting and the brightness of the sculpture are dimmed and become less noticeable for the comfort of city residents.