Media facades working as one system 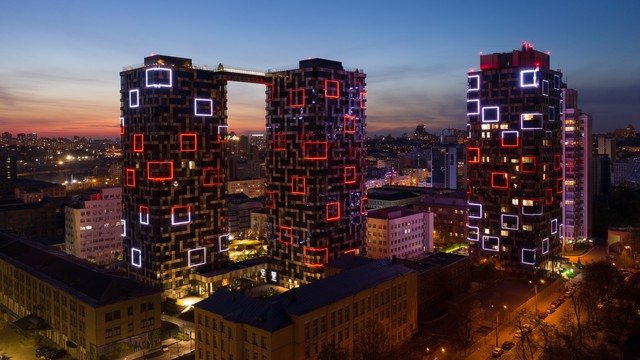 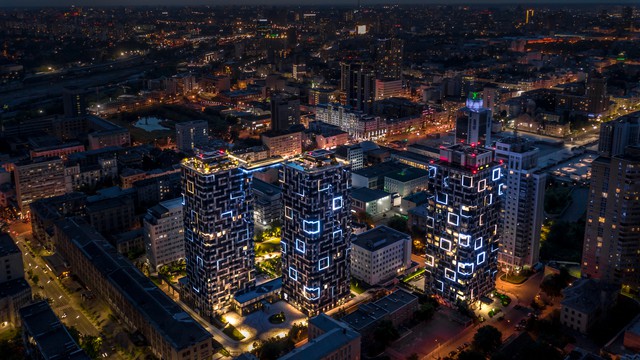 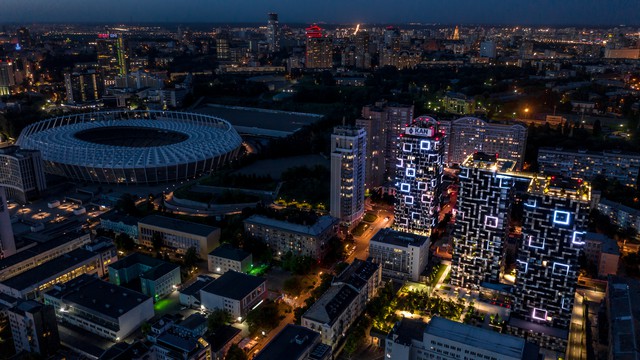 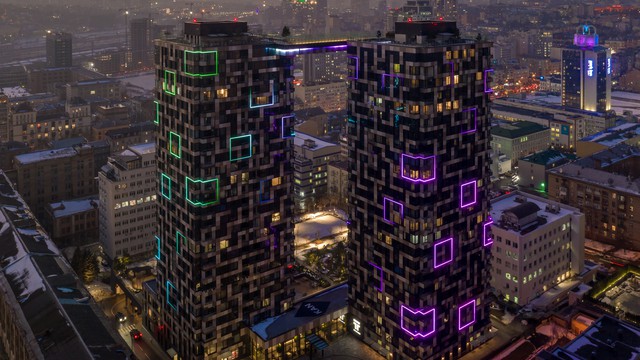 In the lighting project for the Tetris Hall residential complex, the dynamically illuminated media facades of several buildings are joined together by a sophisticated control system that allows the illumination to be programmed for all three towers in a single system. This premium apartment complex had to become tactfully visible in the city skyline at night.

The idea of lighting, as well as the name of the residential complex, correlates with the architectural design solution chosen for the facades. The facades feature many glazing planes of various sizes. We attached light fixtures to the largest windows to use the minimal number of lamps and not cover the entire facade. Special programs were developed for these lamps following the plot of the falling figures in the Tetris game, which "assemble" and "transform" the building. The programs allow for the change of shades, including light support for events and annual holidays. The pedestrian bridge connecting towers at the roof level is lit together with eaves by dynamic illumination. For residents passing along the bridge, the light sources are integrated into the railing and located below the eye-level, illuminating the canvas. To prevent the outside light from entering the apartment windows, we developed special lenses able to direct the light only to the outside. The lamps on the facade were made as seamless as possible and tactfully integrated into the architecture. The light sources in them were covered with matted diffusers that make the facade illumination comfortable for the environment. On the roof of the apartment complex, there is a green area. For its lighting, we decided not to use lamps on supports and illuminated plants instead. Thus, the area is illuminated by soft reflected light instead of direct light.