Scenes from a smart neighbourhood 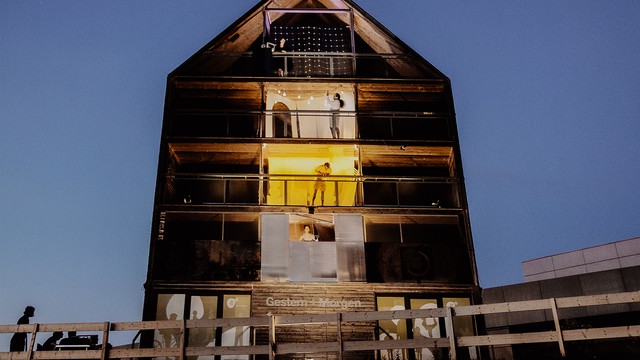 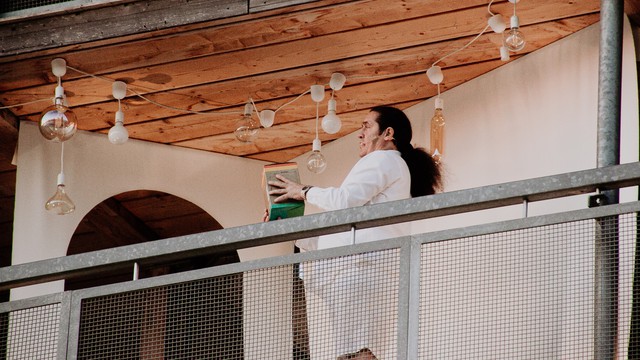 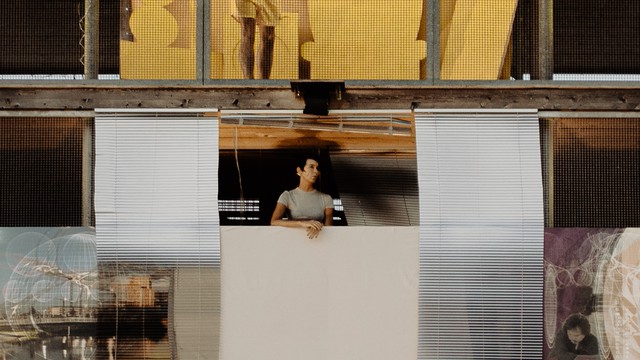 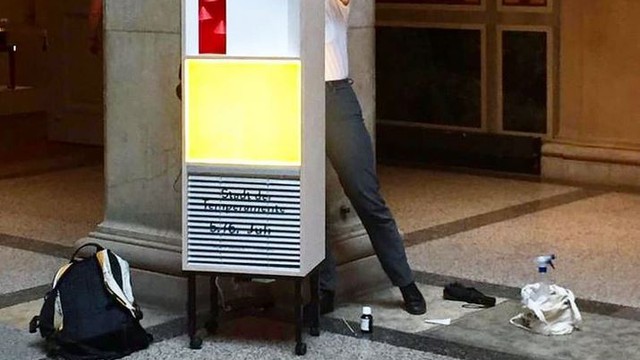 A smart building in Wien Aspern accommodates four very different characters - conflict inevitable. Scenes from a smart neighbourhood, in a speculative play written for Vienna Biennale 2019. The house awakens at the beat of eight / daily forecasts are to be made, / a graph that runs through night and day / big data on a small display, / and in their windows, one by one, / Mrs. Volt blinks into the sun, / there’s Baron Braus and Sebi Smart / and then, their final counterpart, / at last, before the piece unwinds, / Madame Privée peeks through her blinds. / How much power will bring the winds? / What does Smart do with smart things? / Who will kill the new machine, / disrupts the house's smart routine? / And Baron Braus, craving the lights, / How dark will be his darkest nights? / Who will fall in love with whom, / as news travel from room to room, / and oh, this number: four – two – seven – Is it a lucky sign from heaven? / What does Fortuna try to say / In Aspern, by the city bay?

What happens when houses become independent agents in the energy market? What goals do they pursue and how do they negotiate among each other? Can a house develop some sort of intuition? How does the behavior of their residents change as buildings increasingly network, listen and interfere? Mia Meusburger and Johanna Pichlbauer wrote a play that enacts various positions on the smart city,. Loosely based on Viennese playwright Johann Nepomuk Nestroy's farce "Das Haus der Temperamente", in which four families with different temperaments inhabit an apartment building, "Stadt der Temperamente" (City of Temperaments) tells the story of four inhabitants of a smart building in aspern Seestadt, who get caught up in conflicts due to their different habits and expectations about what it means to live “smart”. In four colours and on four floors, the designers play with the absurd, they charge artificial intelligence with passion, driving it to extremes and thus into the chaos of tomorrow’s smart togetherness. The play was performed on July 5 and 6 at the Flederhaus in Vienna Aspern, Seestadt, as part of the MAK Biennale 2019.

Facade type and geometry (structure) : Reminiscent of Nestroy's storytelling structure, we adapted the architecture of the Flederhaus, a landmark which sits right between the existing and the yet-to-be-built parts of Aspern Seestadt, right by the beach. Using colour, light and props, we transformed the empty house into a stage, with each floor housing a different character and thus representing a different sentiment. As the story unfolds, the different floors are illuminated to guide the audience through the acts.

Urban situation : The Flederhaus, positioned directly at the new city quarter's lake, oversees a beach frequented by both Seestadt dwellers and visitors from other districts. It's a space shared by many and a place where an urban landscape is being built in realtime – what better place to debate how we want to live in the future?

Community or communities involved : The new inhabitants of the Seestadt – different generations, different ethnicities and occupations – are currently experiencing first-hand, what it means to build a new community from scratch within a city that has an agenda on its own. The play was made to establish a space for discussion and reflection, while also providing a good reason to meet your neighbours and enjoy an evening by the beach. Free entry, bring your own towel!

Issues addressed : Building a new city part out of nowhere is a huge chance – to think about the ways inhabitants interact with their city and each other, to critically reflect on the effects new technology has on the quality of living, and to observe how people use, misuse and refuse smart home systems.

Impact : In the sunset hours of July 5th and 6th, we staged a possible future of the smart city, showing what it can mean to be the human in the machine. What is desirable, is highly subjective and one future doesn't fit all – as we experienced through the interactions between play, audience and the passer-by. Tears of laughter, infuriated Boos and passionate heckling: emotions running wild in a mild summer night...

Next steps : To keep the memory of those summer nights alive and to conserve the story of the four neighbours, we built an animated model of Flederhaus with a teaser, introducing the four characters and their entanglements. For next year, we are planning to implement a film version of the play, which will then be projected onto Flederhaus as part of a public summer cinema.