Starting Conversation at Places That Matter 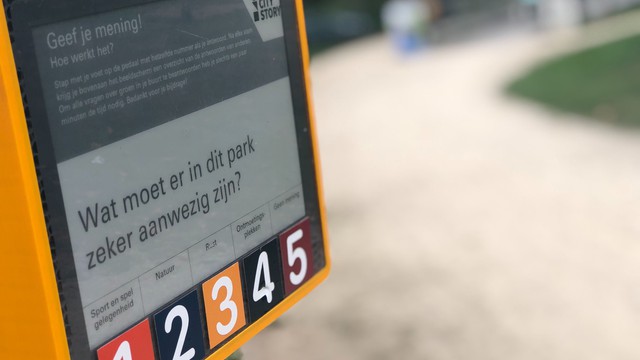 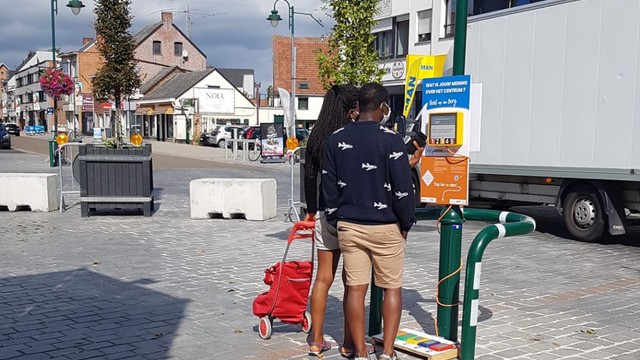 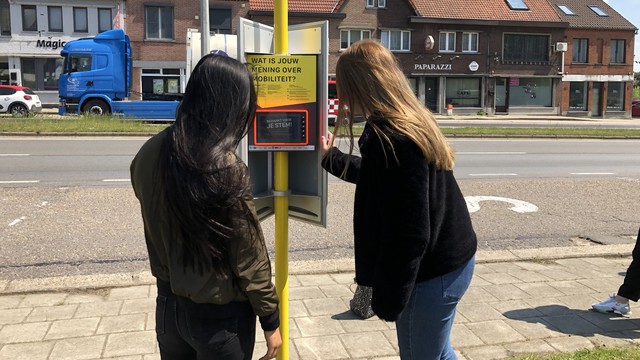 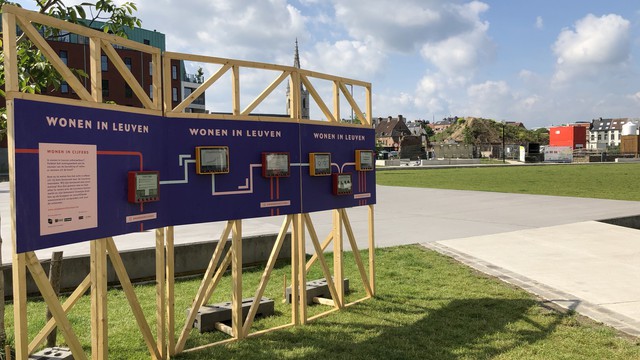 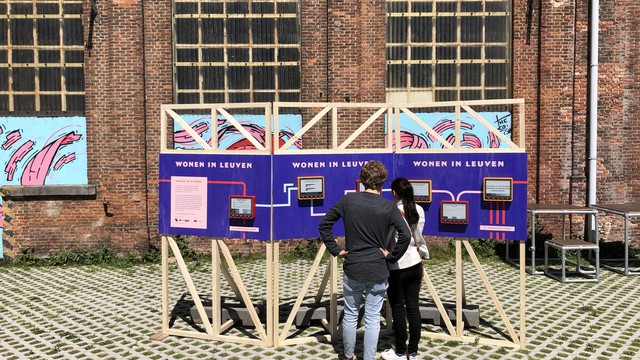 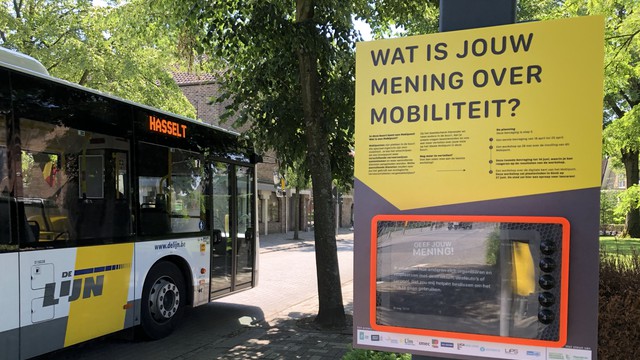 Citizen Dialog Kit facilitates two-way communication between citizens and civic organizations. As an easy to deploy and accessible media architectural interface, these interactive displays have demonstrated their potential to involve more diverse sets of people in civic engagement processes and produce actionable insights.

Citizen Dialog Kit (CDK) is a platform composed of interactive display devices that allows civic stakeholders to inform and survey passers-by in public space. The colorful and playful aesthetic of Citizen Dialog Kit is the result of the iterative design and development of its 3D printed weatherproof enclosure that was engineered to be modular and attached to various forms of urban infrastructure. Their e-paper displays enable these devices to be powered by batteries and therefore installed in any location, regardless of direct sunlight or the availability of power infrastructure. In contrast to static polling interfaces typically found at location such as airports or supermarkets, the 9.7” displays enable organizations to dynamically pose responsive questions that change depending on previous answers or contextual variables. In addition, CDK devices can communicate near real-time information, such as data measurements from citizen science initiatives. This makes it possible for passers-by to also annotate this data with their subjective perception of the measured phenomenon. Its content is designed to be sufficiently relevant to the community so that passers-by do not ignore it; and presented as logical narratives to facilitate comprehension and personal reflection. Its interaction modality is exaggerated via large push buttons or (COVID-19-safe) foot pedals so that passers-by do not feel socially embarrassed to try them out; and its physical manifestation appears provisional to ensure that passers-by do not postpone their use of it. Citizen Dialog Kit devices were already deployed in 8 cities to inform and poll citizens about local issues, collecting feedback from up to 100 citizens per day from diverse demographic layers, which resulted in survey results that vary by location and time in explainable ways. From rural municipalities to cities, regional governments and NGO’s, different stakeholders used Citizen Dialog Kit to break down participation boundaries in real-world applications.

Facade type and geometry (structure) : Modular and independent of a fixed support structure. Custom 3D printed attachments enable the interface to be attached to a myriad of urban infrastructure elements.

Kind of light creation : CDK devices produce no light thanks to their e-paper displays, making the content readable in direct sunlight and diminishing attention at night when risk of vandalism is typically increased.

Resolution and transmitting behaviour : CDK devices have had various resolutions. The current version has 1200 by 825 pixel resolution display, previous iterations have featured lower resolutions (e.g. 800 by 480px). Current CDK displays have a ~1 second refresh speed that only occurs upon interaction in order to save energy.

Luminace : CDK devices do not produce light. An e-paper screen refresh appears as a quick flicker between black and white, as the polarity of its pigment containing ‘pixels’ are respecified.

Urban situation : CDK devices have been deployed in rural areas (attached to bus stops or bike racks at parking lots), in suburban municipalities (attached to fences and trees), as well as major metropolitan cities (attached to light poles, or on custom fabricated frameworks).

Description of showreel : The attached video depicts the key features of CDK: 1) its plug-and-play easy installation thanks to wireless networking and integrated batteries, enabling a tight connection between the content and location and distinct installation constellations features one or multiple screens; 2) its walk-up-and-use usability enabling a wide range of people to become engaged in civic topics centered in that location; 3) its branched polling narratives that transform answering questions into a playful storytelling experience; and 4) resulting in rich data sets that inform public policy and spark conversation in the community.

Community or communities involved : Citizen engagement aims to integrate bottom-up values and preferences into decision-making to increase the quality of decisions, inform citizens, foster trust and reduce conflict. However, evidence suggests that a substantial part of citizens do not take up this opportunity because they do not want to invest the time or effort or experience a lack of social or contextual grounding. With CDK we aim to overcome many of these limitations through voluntary and opportunistic in-situ forms of interaction via a broadly accepted medium that is approachable, safe and informal, yet still credible and trustworthy. Despite its apparent simplicity, CDK’s unique quality is that it facilitates public surveying via responsive, graphical and narrative questions without depending on external energy infrastructure. It can show any information and gather multiple-choice opinions, at any time and place.

Issues addressed : With CDK the following civic issues were addressed: - Air pollution through citizen science air quality measurements in different neighborhoods in the city of Antwerp and a Civic Lab in Leuven (leuvenair.be). - Unlocking debate regarding heritage during a conference in Amsterdam, co-organized by H2020 project CLIC (The Netherlands, clicproject.eu). - Revealing housing and liveability concerns of municipalities, urban planning offices and NGO’s in Leuven, Heist-op-den-Berg and Antwerp. - Urban design of sustainable mobility hubs in neighborhoods of Genk, Peer and Houthalen-Helchteren.

Impact : - CDK results were able to change strong preconceptions of the organizations that deployed them by revealing sentiments such as that more attention should be spent on the safety of cyclists and pedestrians. - Other results have confirmed prior understandings, such as how participants approved recent mobility changes. - Similarly, CDK results have provided evidence for previous knowledge, such as the local desire for a city forest, and unveiled new insights, including a need for more safety around specific areas. - Insights resulting from CDK have been combined with qualitative findings from face-to-face workshops to derive concrete design requirements for local mobility. - Other polling results have been distributed internally within municipalities to act as empirical evidence during policy debates.

Tools developed : The current CDK version is a variation on the previously open-sourced version available on GitHub (https://github.com/citizendialogkitproject/citizen-dialog-kit).

Next steps : Future steps include to study their ability to dynamically adapt questions based on previous answers, sensed or external data sources in a responsive way and further contextually situating the devices to produce even richer insights.