led wall reacting to the water 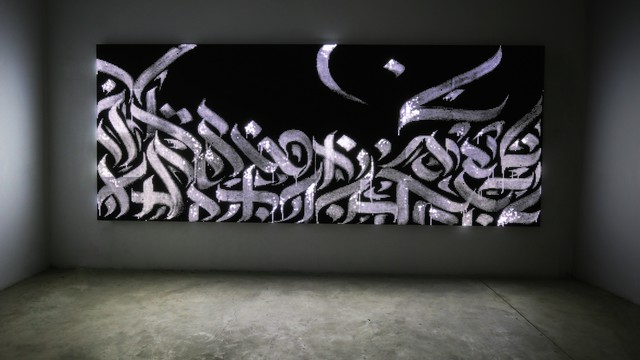 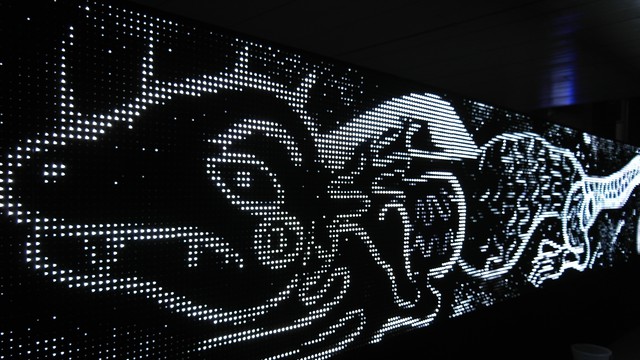 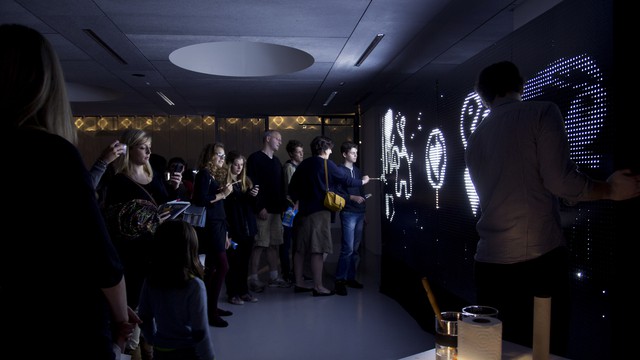 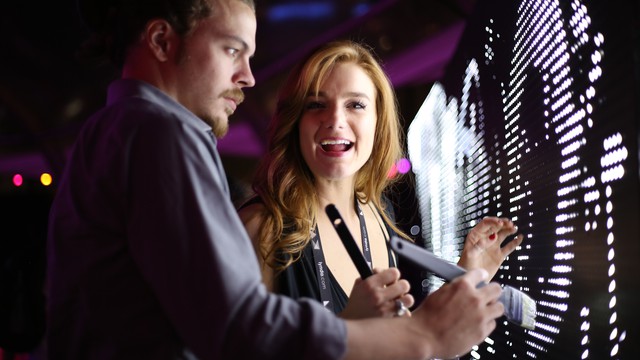 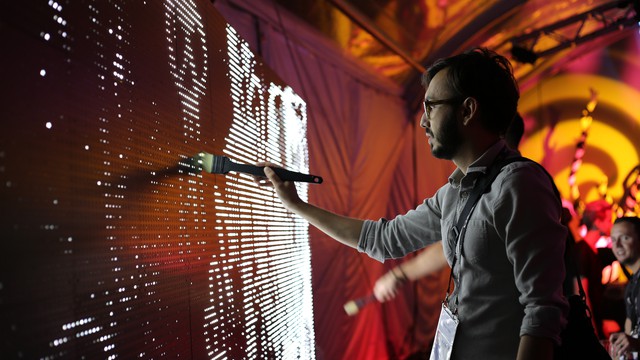 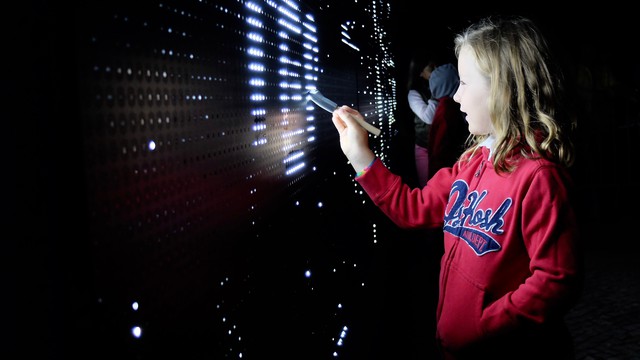 The Waterlight Graffiti is a surface made of thousands of LED illuminated by the contact of water. You can use a paintbrush, a water atomizer, your fingers or anything damp to sketch a brightness message or just to draw. Waterlight Graffiti is a wall for ephemeral messages in the urban space without deterioration. A wall to communicate and share magically in the city.

Waterlight Graffiti is a project that aims to create a high-resolution material, made of thousands of water-reactive LEDs. When applied to the frame of any individual LED, water creates an electrical bridge providing the power required to light up the LED embedded under the surface. By applying more or less water the LED varies brightness accordingly. Inspired by the idea behind the popular retro children's toy lite-brite, Waterlight Graffiti’s purpose is to be a new kind of reactive material to draw or write ephemeral messages made of light. This project enables anyone to graffiti the wall of LEDs with a basic environment-friendly atomizer. To use water, which has neither shape nor colour, to draw light, is a magical experience, regardless of the public age or its artistic sensibility. This opportunity finally becomes a new kind of interaction with urban architecture. By mixing a natural element and technology, Waterlight Graffiti’s users can even play with the weather or the evaporation speed for example. Water Light Graffiti also has a surprising role during rainy days and turn them into fireworks of damp LEDs.

Facade type and geometry (structure) : A Waterlight Graffiti Wall is made of square panels in black mat material. The component are solder in a specific manner to obtain a perfectly flat surface. This process require 80% of manual work. In the futur we would like to find an industrial partner to design more specifically the LEDs to optimise the production process.

Kind of light creation : We have created a sensor specifically for this project so that the LEDs light up according to the amount of water around them.

Resolution and transmitting behaviour : A Waterlight Graffiti Wall is made of 40x40cm panels. This format allows us to adapt our prototype demonstration.

Pixel distance : The resolution is currently 2cm pitch but we hope to increase this resolution with a research partner.

Urban situation : Waterlight Graffiti is a new type of playable material that can be fixed as much on buildings to react with rain, on the ground to practice the Dishu or in the school wall to draw on the walls without dirtying.

Description of showreel : A demonstration of the first exhibition of the project where we use brushes, sponges and water pistol to draw.

Community or communities involved : This project is for everyone. All the exhibitions and demonstrations that we have done prove it: people like to draw or at least scribble.

Legal form : microbusiness currently (in the process of changing status to grow and industiralised.)

Issues addressed : change the process of construction. We know how to do just need to find the factory partner.

Impact : After more than 80 demonstartion around the world we often have requests from people who would like to install it on their wall. If we have not stopped exhibiting it for 7 years it seems that the impact on people is pretty good.

Next steps : We are currently working with several manufacturers to optimize the scope of manufacturing to make the equipment widely accessible to the general public. We have also developed prototypes that will allow us to install it on the ground if we find a manufacturer of composite materials ready to follow us in the adventure.