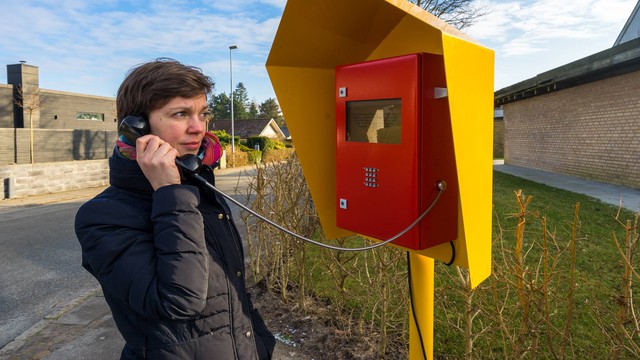 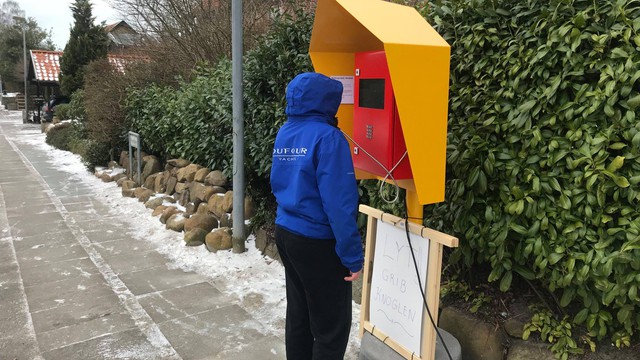 Citizens’ Services and the public sector as a whole in Denmark are facing a paradigm shift in the way in which we communicate with citizens. This is also characterised by dramatic developments of the so-called media architecture. What happens when digitisation begins to take centre stage just about everywhere and what is important when architects, town planners and service developers have to develop urban spaces with data and devices as new materials and new tools? The purpose of the project is in relation to this, to find out how we can inform, involve and enter into a dialogue with citizens in new ways through the increased use and roll-out of digital solutions in the urban landscape.

Citizens’ Services and the public sector in Denmark are facing a paradigm shift in the way in which we communicate with citizens, ensuring the most efficient and effective servicing of citizens. One result of this process is that access points have become mainly digital, whereas previously citizens had to present themselves in person. Informing citizens is often achieved through cooperation and marketing initiatives aimed at particular target groups (the elderly, young people, vulnerable citizens etc.) in combination with more general nationwide campaigns. With the Digital Neighbourhood project, we are trying out a different approach, which takes as its starting point the place where people live: the neighbourhoods. The neighbourhood is an important urban space for all the target groups; this is where people live and go about their daily lives. In order to reach out to a wide group of citizens, we have designed different iterations of a prototype, having clear aesthetical and functional references to the traditional phone booth combined with digital technology that makes it possible for us to gather qualitative data in real-time. The prototype encourages the citizens to make a stop in the everyday life, and to share an idea or comment in regards to a relevant project (or case of matter) in the local area they live in. The interaction is playful, and easy and intuitive to use. In Digital neighbourhood, we are trying to demonstrate new ways on how the municipality can use the digital media to promote citizenship and a sense of commitment among the locals. It can also help us gather new relevant data of importance for architects, town planners and service developers when developing urban spaces. By working actively with citizen involvement, through installations like this, competitions and visualisation of relevant data, we expect the project to provide us with experience and models for a new type of dialogue with citizens based on a new digital paradigm.

Facade type and geometry (structure) : The prototype is constructed in 4 different modules; the box with hardware/screen/keyboard, a roof that shields the sun and creates privacy, a column to carrie the box and a concrete bottom to balance the installation. The 4 modules can be separated to easily move the prototype around between different neighbourhoods.

Kind of light creation : The prototype is equipped with an interactive light response. When people get closer to the prototype, it lights up in order to encourage people to use it. There is a sensor placed on the box, that reacts on movement and this sends signals to a LED-stribe that have been implemented on the backside of the box - lighting up the roof and creating a safe feeling "inside" of the prototype.

Urban situation : The whole idea with the prototype in Digital neighbourhood, is to enable the municipality to move around in the city - from one local area to another. The prototype is therefore mobile and can easily be transported in a car. There is a built in router with a sim-card, that makes it independent in regards to the Wifi-situation in the area, and there is one standard power cable.

Community or communities involved : Citizens in many different neighbourhoods in the city of Aarhus in Denmark. Among others, Harlev, Beder, Malling and the Center of Aarhus. Smart Aarhus (a test facility for Smart City solutions and a showroom for new smart city initiatives) has also been a part of the development, the initiative Smart Mobility, the community Sager der Samler (translated: ‘Uniting Causes’), Aarhus School of Architecture, ODAA – Open Data Aarhus, Aarhus University, Institute for Computer Science, Aarhus University, Anthropology, The Scandinavian School of Design

Issues addressed : The project addressees A. The need for new alternative forms of dialogue between citizens and the public sector. B. New ways to develop and strengthen the digital development in Aarhus. C. The need to find new knowledge about ‘neighbourhoods and public spaces’ as a frame for Citizens’ services and citizen involvement.

Impact : There has been a lot of impact in the project, but most of all there has been an increased number of concrete ideas and comments coming in the from the citizens, from all of the cities. This has been helpful, especially looking at the development of local areas. In general, there has also been an increased sense of ownership at the citizens, in relation to the area they live in.

Next steps : The project is ongoing, and has no definite deadline - anew way of communicating with the citizens will always be a case of matter. The city of Aarhus is trying to spread the word about the prototype, and is also encouraging other cities in Denmark to borrow it in order to qualifying the way it's being used. 4 new prototypes were just developed, and they are connected to each other in realtime.