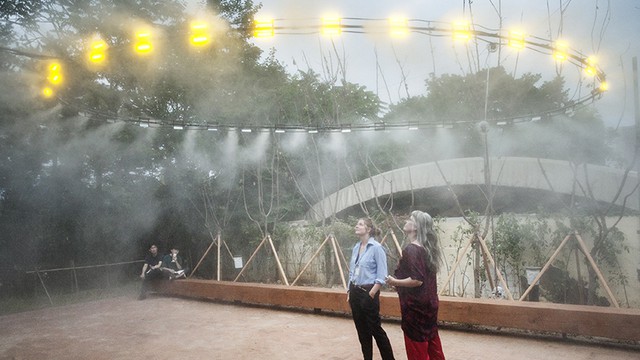 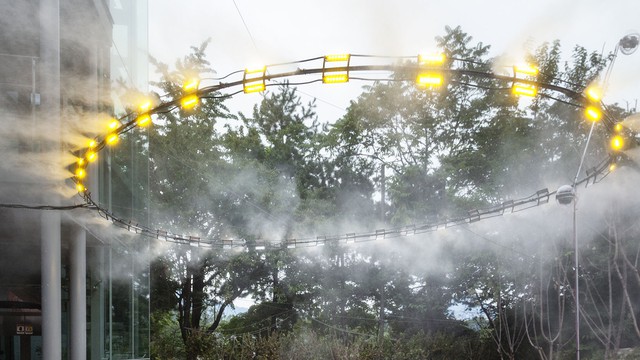 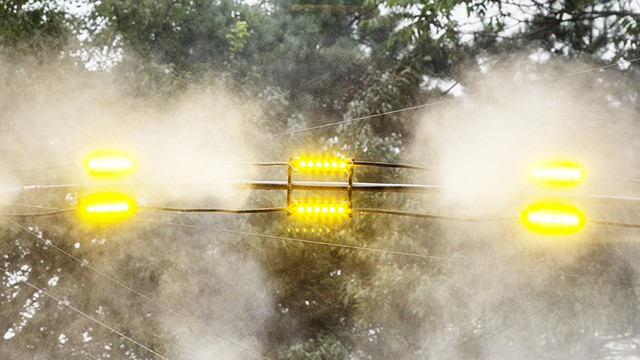 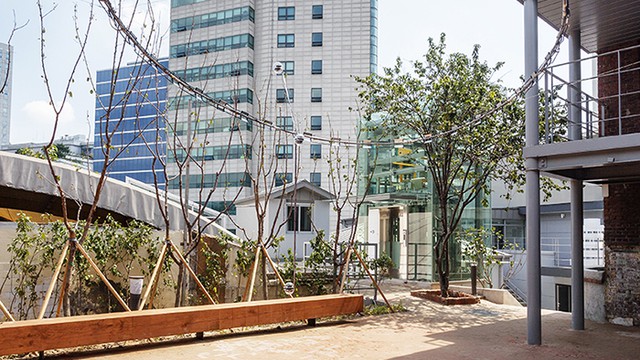 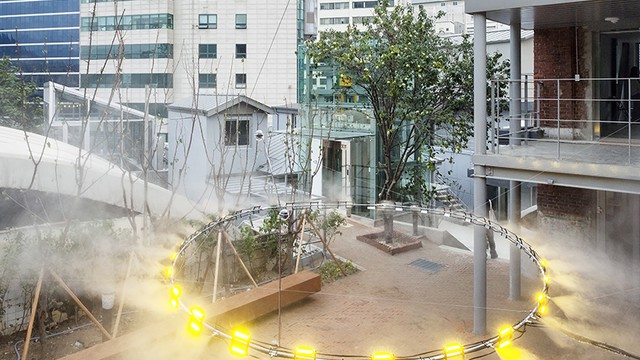 Yellow Dust is a spatial water vapor canopy that allows citizens not only to see, but also to feel air pollution. As a public infrastructure, it measures and partially remediates the concentrations of particulate matter in the air.

A three-dimensional water vapor canopy; Yellow Dust is a sensing and sensuous infrastructure that monitors, makes visible and partially remediates particulate matter in the air through variable clouds of yellow mist. Composed by Do It Yourself sensors and using off-the shelf construction systems, it aims to contribute to collective forms of making air pollution visible. In contrast to scientific and policy making versions of air monitoring, where the devices remain invisible and sensing only about the data, Yellow Dust engages with the toxicity of the city by opening up the monitoring process in various ways: revealing the monitoring technology and its measurements, communicating the quality of air pollution not through screens or numbers, but through a sensuous experience with the data, and conditioning the environment by humidifying and cooling. It also provides the information to replicate the project in other contexts, as an open source urban infrastructure.

Building or project owner : Designed for the Seoul Biennale of Architecture and Urbanism 2017

Facade type and geometry (structure) : The structure is a GRC ellipsis, which supports the water vapor nebulizers and the LEDs, as well as two sensors.

Kind of light creation : The LEDs are synchronized with the nebulizers, and the time they are turned on relates to the particulate matter measured by the sensors. The idea is to create a yellow mist. The color yellow refers to the sand storms that cover Seoul a few days every spring (called Hwangsa or Yellow Dust).

Resolution and transmitting behaviour : The canopy has intentionally very low resolution. The aim is to create a mist, a blurred emission of information, so that citizens do not have to decodify the information, just to get used to the different densities of the mist.

Community or communities involved : As a prototype for further community development, this time we did not collaborate with any specific community.

Issues addressed : Yellow Dust aims to address the main following issues: -To shift from seeing to feeling air pollution data, to test if a more experiential relation with the data increases community involvement with the issue. -To test how media architecture can expand its capacities and transform the conditions of the public space, in this case by reducing its temperature and increasing its humidity. Through these conditions, it is also an experiment to remediate particulate matter in the air. -Through the reference to the existing Hwangsa (sand storms) through its colour and name (Yellow Dust), it aims to induce discussions about transboundary pollution, local emissions and responsibilities or the value of open data in a public space.

Tools developed : We developed two PM sensors, the the lighting LED strips and connectors, the arduinos and hardware controllers to synchronise the data, light and nebulizers, and the whole interaction code. Except for the nebulizers, we designed and built the whole infrastructure from scratch.

Tools used : We designed and built the whole infrastructure with off the shelf cheap materials, except the nebulizing system, which we bought from Brumizone (Spain).

Next steps : We published the code and kit of parts online for communities to develop it on their own. (http://yellowdust.intheair.es/) We are also building an adaptation for a public square in Madrid, under the project Imagina Madrid , a co-creation project launched by Madrid's city council, where we are co-designing with the public square neighbors.