One Shenzhen Bay | Ecological Environment Makes the Beauty of Arts 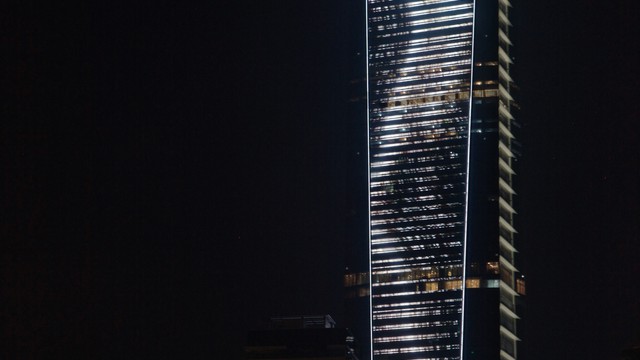 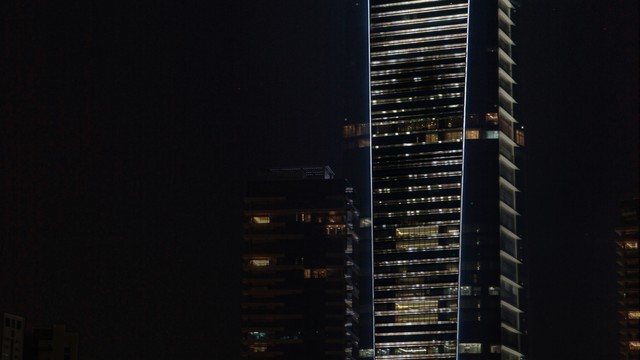 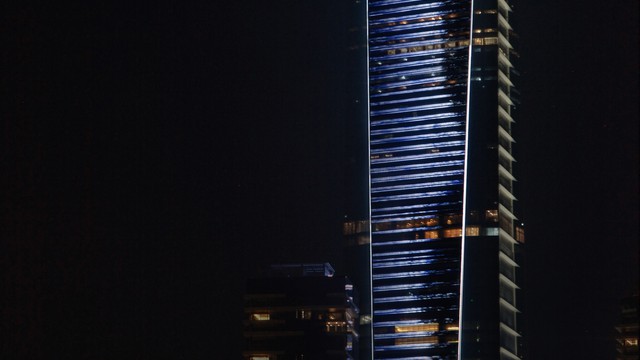 It’s not just ARCHITECTURAL MEDIA ART. It links HUMAN BEING, NATURE and ARCHITECUTURE all together! We set up a weather station on the roof of the 350-meter-tall One Shenzhen Bay, collecting the real-time data from Shenzhen Houhai on wind speed, wind direction, air quality, tide, temperature and humidity, and obtain the data of tides from the internet. With data visualization technology, we’ve integrated the invisible data and created 4 chapters of architectural media art, expressing the great force and infinitive changes of the nature. With this project, we are aiming to arouse people’s attention on the natural environment.

As explained in the teaser text, there will be 4 chapters of architectural media art on One Shenzhen Bay. Chapter I．A Roc flies over the Top Sky — The real-time meteorological data is transformed into the visible light streams, like the roc roaming freely in the sky, depicting the infinitive changes of the nature. Chapter II. Gorgeous clouds charm—As the color keeps changing gorgeously, just like the sunset glow with shapes of overlapped mountains, it reveals fully the power of nature with diversified meteorology. Chapter III. Guide the New Journey —The magnificent scene shining like a galaxy lights up the dark, guiding the new journey. Chapter IV. Voyage far and wide — The light beams flowing like the sea wave, contains endless poetic sentiment of the nature. This media architecture gets its source from the charm of the nature and aims to arouse people’s attention on the natural environment. Moving forward, we will be introducing an interactive APP with a series of charity programs, one of which will be called ONE SHENZHEN BAY WALK PROGRAM. Users attend this charity program via the APP. Every day, users can donate their own steps when it meets a certain number, which will be converted into donation fund to tackle Environmental Problems and improve the lives of the Sanitation Workers in Poverty. In this program, one of the interesting parts is that users can find their own walk tracks on the animated media architecture, which will also be integrated into the animation on the APP. This architectural animation displays simultaneously on ONE SHENZHEN BAY and the App, making HUMAN BEING, NATURE and ARCHITECUTURE connected to each other. It’s not just a standing architecture, not just a charity program, not just about healthy way of life. It is More than Ever…… Enjoy Life, Love Environment! I'm in. I’m Happy.