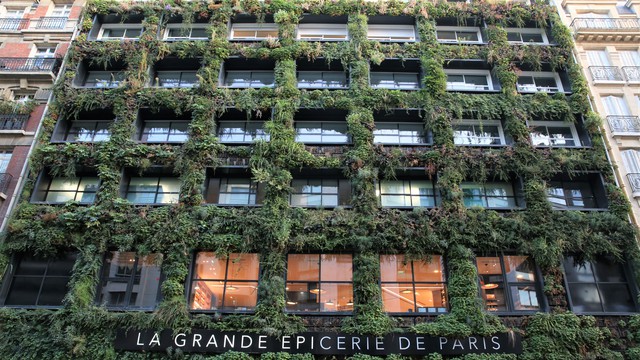 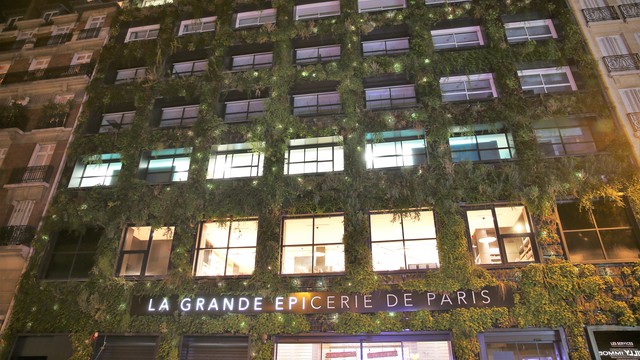 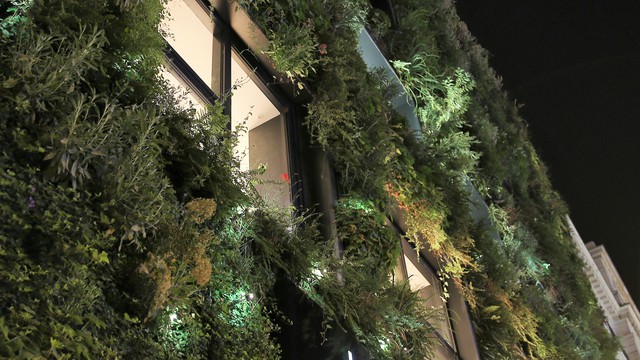 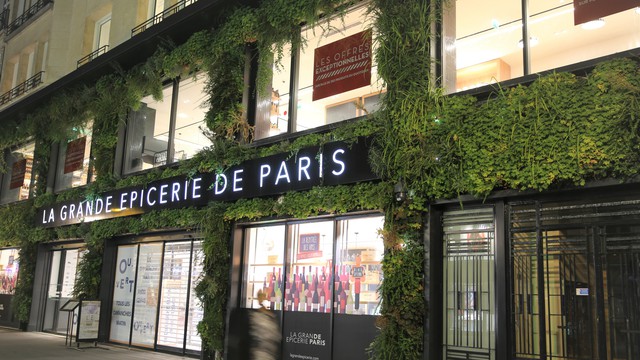 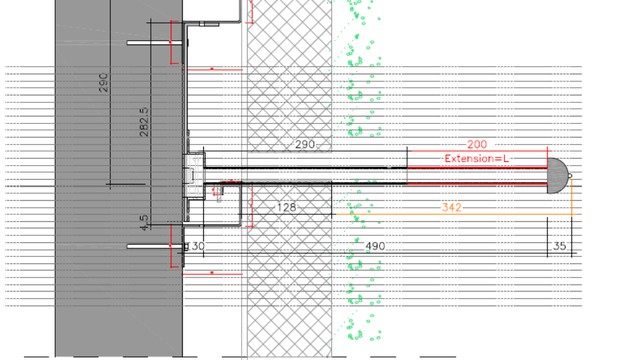 The food store La Grand Epicerie has opend a new store with a green facade that is lighted up by fireflies during the night.

The green wall of the Grande Épicerie is marking up the neighborhood's urban landscape. The façade is bringing the nature back into the city, aromatic plants, used in cooking or herbalism, come to mix with perennials and grasses. During sunset the life in the façade becomes visible, the fireflies are waking up. They are starting slowly, first a single firefly starts to light up, then more and more are starting to communicate until swarms of fireflies are flying around the façade. In the first moment the façade lighting is irritating; it is just turning on in some areas and then they are starting to move around in swarms. When the pedestrians are recognizing the fireflies they get confronted with the exciting field of technic and nature. It is not about usual decorative lighting, the lighting is surprising, when the visitor is seeing the fireflies he is getting a positive association with nature. Apart from the appearance, the façade is isolating the building, absorbing the noise, filtering and fertilizing the air and cooling down the city during the summer month.

Facade type and geometry (structure) : Living wall with plants that are pre-planted in boxes and then hung on a wall vertically. Between the boxes with the plants there are luminaires installed creating the effect of flying fireflies. The LEDs and the cabeling is mounted on a profile at the façade so they are save as well during maintenance of cutting the plants.

Kind of light creation : LED fixture with customised optical system that is transporting the light outside infront of the plants. The optic is creating a very small direct light (firefly) and an indirect glow by reflecting most of the light back onto the plants. Dimming the light is decreasing the size of the glow and it seems like the fireflies are flying around the façade.

Resolution and transmitting behaviour : 500 LED fixtures that can be controlled seperately. Warm white light created by a 3000K white LED combined with a green and a red LED to enhance the colour of the plants.

Pixel distance : The pixels are installed in a random pattern with a distance of 50cm - 150cm. The lights have 4 different lenght depending on the type of plants and to keep the random pattern although in depth. Sometimes the lights are in front and sometimes behind the plants.

Urban situation : The rue de Passy in the 16th arrondissement is one of the area’s busiest shopping streets with small shops and boutiques.