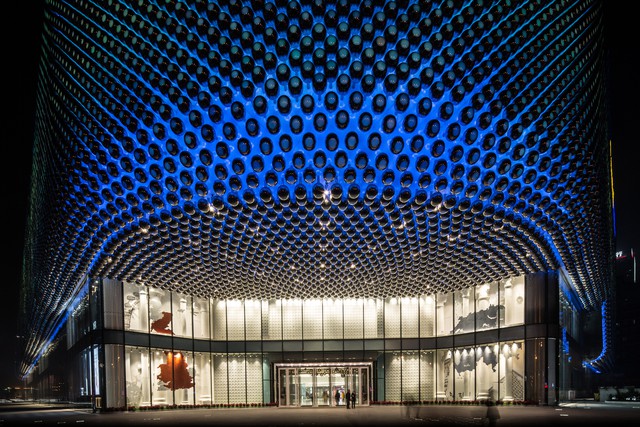 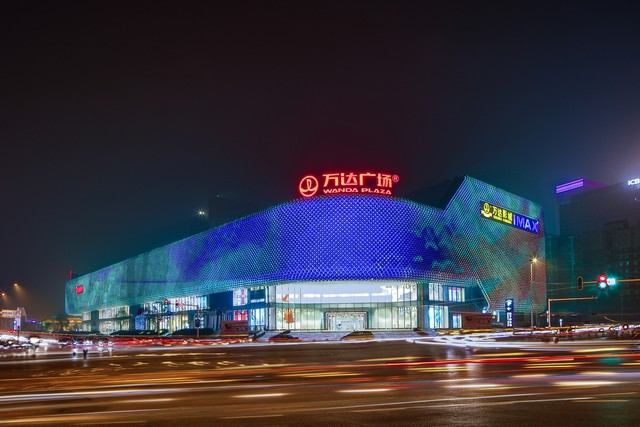 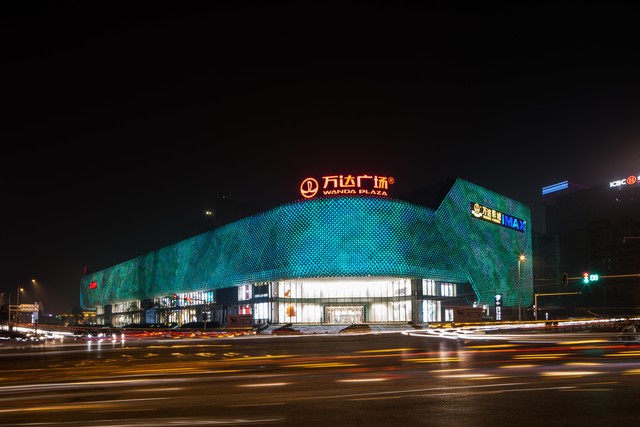 A glowing star is embedded in an unfinished five-storey building in Penang, Malaysia.

The “Star” is a five-storey lighting installation by architect-artist Jun Ong as part of Urban Xchange Festival in Butterworth, Penang, Malaysia. Inspired by the notion of “glitch,” a dodecahedron - a 12-sided star-shaped installation appears almost as an error or a temporary irregularity, suddenly finding itself lodged within the concrete superstructure of an unfinished building by the street of Raja Uda. The term “glitch” was used to describe a spike or change in voltage in an electric current, first recorded in a space program. It is a manifestation of the sterile conditions of Butterworth, a once thriving industrial port and significant terminal between the mainland and island. The odd juxtaposition of “Star” with its “host” creates new relationships, tangible and intangible. It is an accumulation of digital and analogue irregularities, becoming a transient portal to a new dimension. Comprised of five hundred metres of steel cables and LED strips, the “Star” abstracts kitsch street decorations with electrical cables and transposing them into a formal, recognizable entity. The cables are anchored to ground, slabs, cantilever beams and adjacent buildings to form the overall shape. As one steps closer, the installation segregates itself into several floors, each becoming its own spatial experience. The form breaks down into glowing lines, each fragment holding its own electrical and structural characteristic. The spatial installation is a speculation for the future of Butterworth, connecting various existing dimensions on familiar terrains to unearth new relationships. Once the festival is over, the space has been used to host various community activities, events and public parks. It is perhaps the utopian dream – the birth of a star. The project was curated by Eeyan Chuah and Gabija Grusaite from art centre - Hin Bus Depot. Filmmaker Ronaldas Buozis shot a short film premiering the new project: https://www.youtube.com/watch?v=O_L4F7Q9z9A

Urban situation : Situated on Jalan Raja Uda, in the sleepy town of Butterworth in mainland part of Penang, Malaysia. Butterworth used to be a pivotal industrial transportation port to the Penang island. In contrast with the UNESCO world heritage of Georgetown in Penang Island, its mainland counterpart has minimal exposure to public arts and creative exposure, but instead consist mostly of factories &amp; residential.