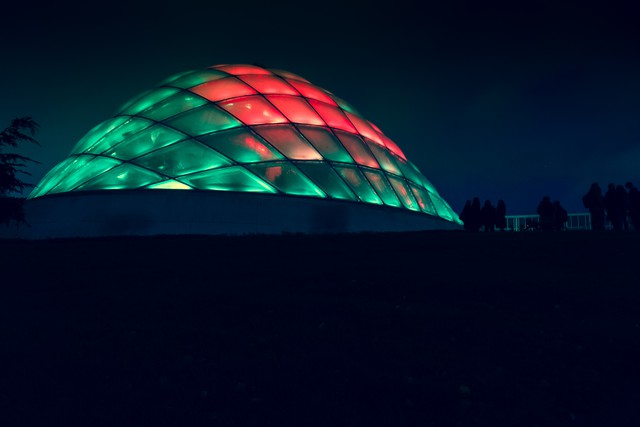 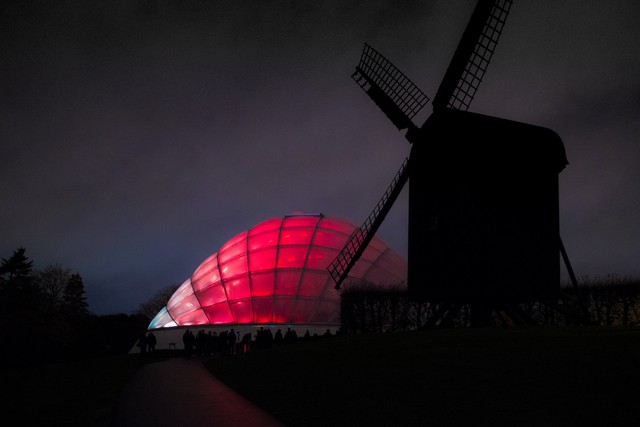 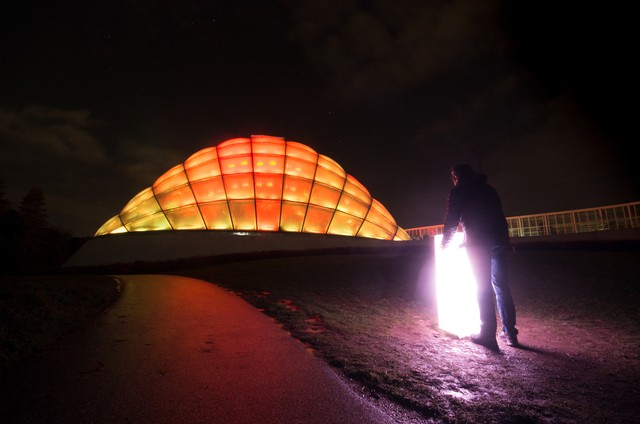 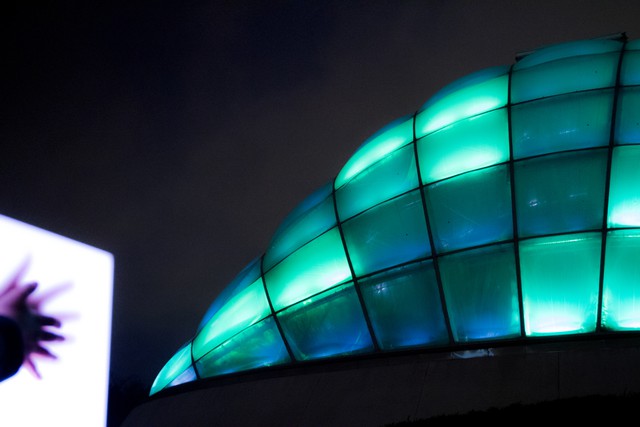 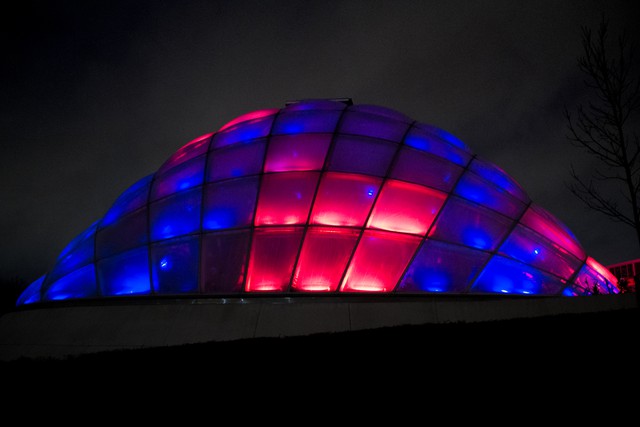 An iconic architectural feature of the Montreal landscape, the Jacques Cartier Bridge now shines with an innovative lighting signature that celebrates the unique engineering of its historic structure. It comes alive every night and changes constantly, in synch with Montreal’s seasons, weather, traffic and social media activity. A flagship project for the city’s 375th and Canada’s 150th anniversaries, the illumination of this steel colossus was a major challenge. This project unites the bridge with the city and its citizens, by combining expertise in civil engineering and large-scale project management with the creative talent of Moment Factory and six world-class local design firms.

From sunset to sunrise An iconic landmark by day, the bridge takes on a new life at night. As the sun sets, the bridge awakens, bringing light, movement and data to the structure. Over the course of the night, the bridge uses these features to tell the evolving story of Montreal and its ongoing rhythms. The following morning, as the day breaks, the bridge’s pulse fades into the sunlight, waiting for its next turn to shine. A real-time reflection of Montreal's social media energy The energy of Montreal is represented through a subtle play of light on the bridge’s exterior ‘skin’. For 52 minutes each hour, the bridge pulses with the city’s social conversations as tracked on Twitter in real-time. The intensity, speed and density of these light fragments changes depending on how often Montreal-related hashtags are liked and shared. Viewers create a unique coloured spark by sending a Tweet directly to the bridge’s own dedicated hashtag #illuminationMTL. Hourly show On every hour, at night, short 8-minute animations create a Big Data-driven show that visually translates Montreal’s activity and mood based on different types of daily data: the weather, traffic, news, major events, and more. This changing content makes the bridge a true barometer of Montreal life. As the seasons change, so does the light. The bridge changes hue with the seasons thanks to a 365-colour calendar. Day after day, the bridge’s ‘heart’ gradually changes from an energizing spring green to a radiant summer orange, a voluptuous fall red, and finally an icy winter blue. Like the forested mountain after which the city is named, the colours change gently with the seasons. The bridge translates urban data collected from sensors over the course of the day into a series of eye-catching data visualisations. Pulling from a wide variety of data sources, including weather, traffic, news and social media, each hourly show is generated in real-time and is totally unique.

Facade type and geometry (structure) : Montreal's Jacques Cartier bridge, built in 1930, dominates the city's skyline as it crosses the Saint Lawrence River. The main illuminated span of the steel truss cantilever structure is over 600m long...or twice the size of Paris' famous Eiffel Tower, from which the bridge's designers drew their architectural inspiration. At its highest point the 5-lane bridge towers over 100m above the water.

Kind of light creation : The bridge's interactive light creation powered by real-time Urban Data drawn from the City, its Seasons and its Citizens, using 2807 LED colour-wash projectors and video tube fixtures. The bridge's lighting enables citizens to use Social Media messages to participate in the bridge's lighting programming and to express Montreal’s energy as luminous particles that animate the bridge’s exterior skin

Resolution and transmitting behaviour : Medium-resolution LED video tube light fixtures illuminate the lattice-like exterior "skin" or façade of the bridge, while the interior volume or "heart" of the structure is illuminated with low-resolution colour wash fixtures in order to avoid distracting vehicle traffic. In order to transmit data and power to the bridge's fixtures from a local control room, over 10.4 km of cabling was installed

Pixel distance : The distance between pixels is highly variable, given the structure’s complex geometry.

Urban situation : One of the world's engineering marvels at the time of its construction, for almost a century Jacques Cartier Bridge dominated the skyline of Montreal during the day, only to disappear--sadly lacking lighting--each night. With its new illumination, visible from most vantage points inside and outside of the city, the bridge has re-asserted its position on the metropolis' night-time landscape.

Community or communities involved : Many players at the national, regional, municipal and civic level collaborated to implement the Living Connections project. Credit is due to the Federal Government of Canada and its ministries of Infrastructure and of Heritage, the Federal Crown Corporation overseeing the bridge’s maintenance and operations, The City of Montreal and a subsidiary founded to celebrate the 375th anniversary of the city’s incorporation and a host of local citizens, designers and contractors were critical to bringing the project to life.

Legal form : *Please contact us to understand what is required*

Impact : The impact of Living Connections extends far beyond the mere improvement of security and wayfinding: the interactive, participatory lighting design establishes a renewed and ever-evolving visual postcard for the metropolis at night, acting as a beacon to signal Montreal's identity to the world as a hub for smart-city innovation, creativity and design.

Next steps : The budget for Living Connections includes funds to ensure the initial ten years of maintenance and operations. Although the lighting programming mirrors the ever-changing data emanating from the local environment, Moment Factory and stakeholders overseeing the bridge have already experimented with unique programs designed to underline events of local, national and international significance.